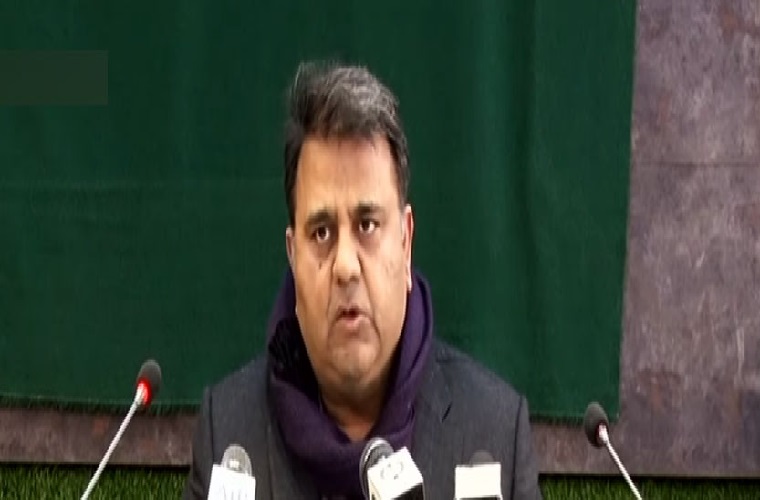 Islamabad- Minister for Information and Broadcasting Fawad Chaudhry said that Prime Minister Imran Khan dissolved all the PTI organisations.
Briefing to the journalists after PTI’s party session under the chair of PM Imran Khan, the information minister said that the premier expressed dissatisfaction over the progress of PTI in Khyber Pakhtunkhwa’s LB polls.
Fawad Chaudhry said that the prime minister has dissolved all organizations of the PTI and removed all office bearers from their positions.
“A special committee will be formed for ticket distribution,” he said adding the new committee would devise the party’s constitution and further reorganize party structure.
He said that the prime minister has expressed his no-confidence over party structure in KP as it emerged that tickets were distributed to family members while violating merit.
He said that 1100 to 1200 tickets are awarded in the country and no party other than PTI can give so many tickets. “PPP is only Sindh and PML-N is only party of Punjab but the PTI has representation in all the provinces.”
Fawad Chaudhry said that the prime minister was apprised of the reasons for the Khyber Pakhtunkhwa local body elections. Imran Khan said that PTI is not a family politics party. “If the culture of the PML-N and the PPP comes in PTI then there will be no difference between them and us.”
He further said that local body elections are very important for the governments while resolving disputes and issues at the local level.
About the no-confidence motion, he said that the opposition could not table a no-confidence motion against the Senate chairman. “How will it bring the no-confidence motion against the prime minister?” he maintained.