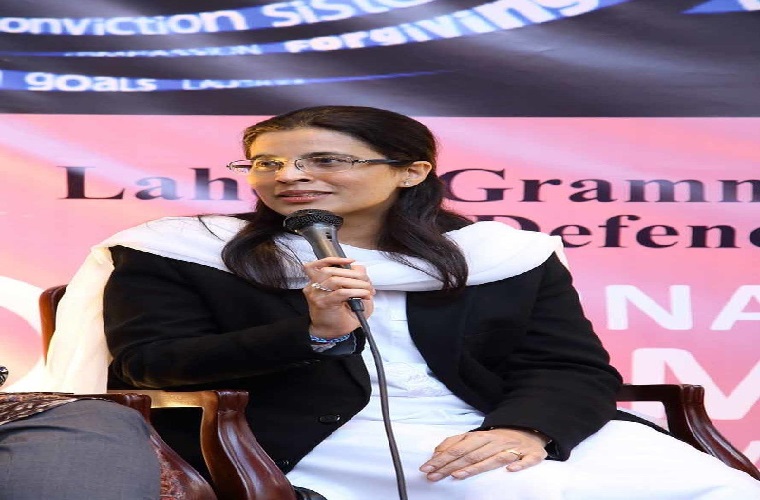 Islamabad-Chief Justice of Pakistan has summoned a meeting of the Judicial Commission of Pakistan (JCP) on January 6 to once again mull the issue of Justice Ayesha Malik’s elevation to the apex court.
Sources informed that the meeting will again discuss the appointment to Supreme Court of Justice Ayesha Malik.
The Judicial Commission had deferred the issue in its earlier meeting which was held in September.
The Supreme Court has a strength of 17 judges and one seat is still lying vacant.
Supreme Court’s Justice Sardar Tariq Masood had told Judicial Commission meeting held in September that elevation of junior judges to the apex court compromised the independence of the judiciary.
He had outlined his reasons for opposing the elevation of Justice Ayesha Malik of the Lahore High Court (LHC). Justice Masood had also said that it would be a pleasure to have a lady judge in the Supreme Court but stressed that the appointment must be made on merit, without discriminating her other colleagues only on the ground of gender.
Justice Ayesha Malik, who is fourth in the seniority list of LHC judges, was the first woman nominated for elevation to the Supreme Court. However, her nomination had failed to sail through the JCP, as the members could not evolve a consensus on the matter.
Under the Constitution, the JCP can recommend the elevation of the judge to the top court with a majority vote. On September 9, Chief Justice Gulzar Ahmed, Justice Umar Ata Bandial, Attorney General for Pakistan (AGP) Khalid Jawed Khan and Law Minister Dr Farogh Naseem had supported her nomination.
However, Justice Maqbool Baqar, Justice Sardar Tariq Masood, Justice (retd) Dost Muhammad Khan and Pakistan Bar Council representative in the JCP Akhtar Hussain had opposed the nomination, while Justice Qazi Faez Isa, also a member of the JCP, was absent from the meeting.

Eidul Fitr on Sunday as Shawwal moon sighted in Pakistan