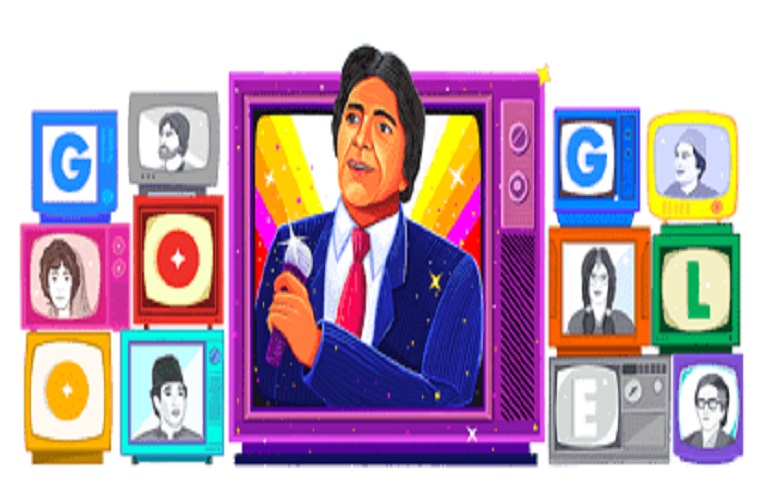 Karachi – Google paid tribute to Pakistani legend super star actor Moin Akhtar on his 71st birth anniversary with a doodle.
The known actor and comedian was born in Karachi on December 24, 1950. Starting from theater at the age of 16, Moin Akhtar stepped into the world of television in the sixties and became a household name, continuing on the path to cementing his name as one of Pakistan’s greatest ever artists.
Moin Akhtar’s famous TV dramas include ‘Rozi’, ‘Intezar Farmaiye’, ‘Bund Road’, ‘Aangan Terha’, ‘Studio Dhai’, ‘Studio Ponay Teen’, ‘Yes Sir, No Sir’ and ‘Eid Train’.
Throughout his career, Moin acted in many languages including English, Sindhi, Punjabi, Memon, Pashto, Gujarati and Bengali. He was also fond of singing.
His work with comedian Anwar Maqsood and actress Bushra Ansari on memorable stage dramas and TV programs gained exceptional popularity among the masses. In recognition of his artistic services, Moin Akhtar was also awarded the Presidential Pride of Performance and the Sitara-e-Imtiaz.
Due to his splendid skills, he was honoured with several awards.
Google Doodle also celebrates birth anniversary of legend Moin Akhtar with a special graphic .
Moin Akhtar died of a heart attack on April 22, 2011 in Karachi.