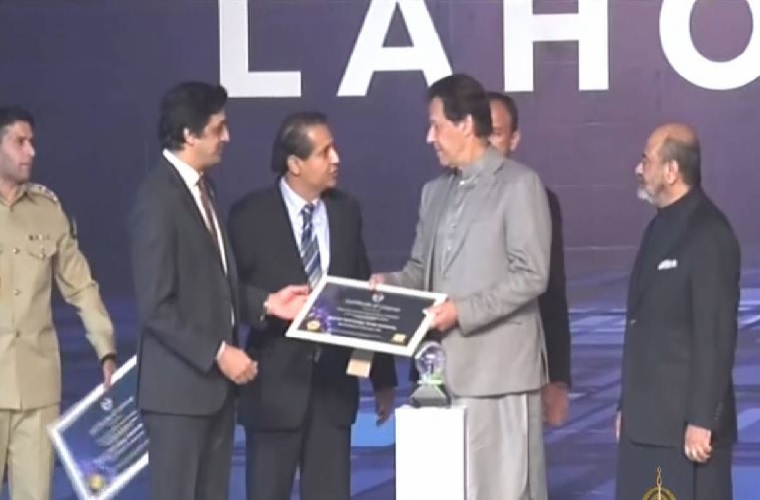 Lahore – Prime Minister Imran Khan inaugurated Special Technology Zone, Lahore Technopolis, in Lahore on Thursday.
Addressing the ceremony, he said that the government has to approach the International Monetary Fund (IMF) due to shortage of dollars in the country.He inaugurated Technopolis, a special technological zone in Lahore, on Thursday. The initiative aims to enhance Pakistan’s export potential by providing large-scale investments in the technology sector.
In an address at the inauguration, the premier said that if the IT sector is incentivized today it will solve multiple problems in the country, including unemployment and the current account deficit.
“Our neighbour India entered the IT sector more than a decade ago and now their industry is worth billions of dollars, while Pakistan’s exports are just worth just $20 billion.”
The prime minister highlighted it’s time to concentrate on the youth. “We need to provide them ease of doing business, remove barriers for them, and push them to do better.”
This will do two things for us, he pointed out. Create jobs and solve our problem of exports.
“Whenever our economies grow, the current account suffers a bottleneck. The supply of dollars decreases and builds pressure on our rupee and reserves. This forces us to go back to IMF for loans. This is a never-ending process. ”
The PM said that this cycle will only end when exports increase. “As long that doesn’t happen, wealth creation is impossible.”
Citing the example of China, he said that the neighbouring country is where it’s today because it planned to eradicate corruption. The government sent more than 400 people on the ministerial level to jail. It uplifted the poor and then increased exports in a systematic way.
“We too need to redirect our orientation towards increasing exports. We need to include overseas Pakistanis and women in wealth creation.”
Meanwhile, the premier will also chair different meetings during the Lahore visit. He will inaugurate Government College University New Campus and Abdul Hassan Ash Shadhili Research Center in Sufism Science and Technology.