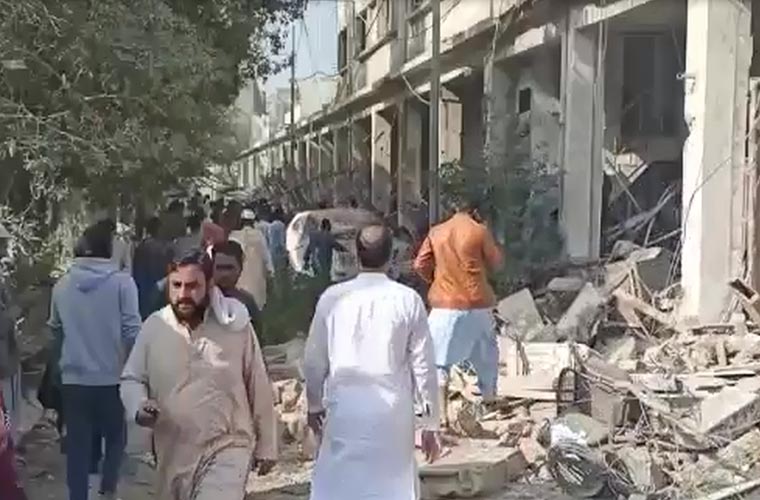 Karachi-A powerful explosion ripped through a private bank situated in Sher Shah Paracha Chowk in the SITE area of Karachi killing at least ten people and injuring 12 others on Saturday afternoon.
The rescue teams have reached the blast site and started rescue activities. They shifted the dead bodies and the wounded to nearby hospitals.
The rescue officials informed that as many as 10 people have been killed in the powerful explosion that has reduced the Habib Bank building into ruins. The adjacent buildings and vehicles parked outside were also damaged as a result of the blast.
They said that the explosion took place inside the bank’s building.
Sindh Chief Minister Syed Murad Ali Shah took notice of the blast and expressed his utter grief and concern. He asked the concerned officials to rush to the site of the explosion and monitor the rescue activities. He also cited a report into the horrific incident.
The authorities so far were unable to confirm whether it was a terrorist act or something else.
After the blast, a heavy contingent of Sindh Rangers reached the spot and cordoned of the area.
Further investigations are underway.