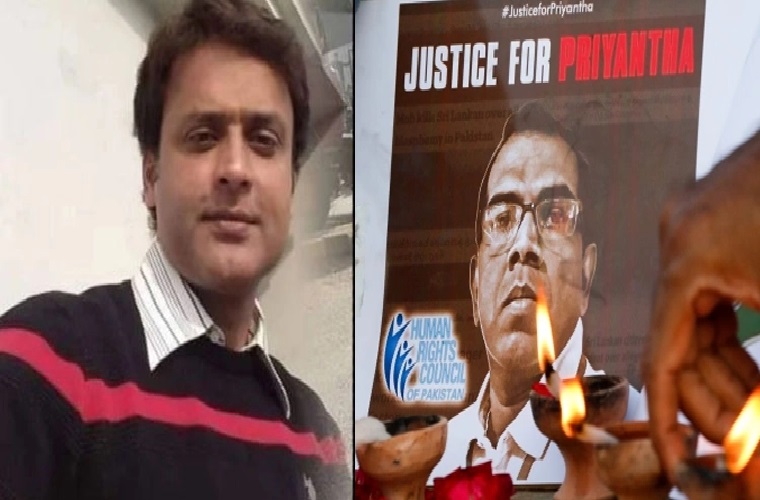 Sialkot-The team prosecuting the murder of Sri Lankan factory manager Priyantha Kumara has decided to include Malik Adnan, a factory worker who tried to shield him from the mob, as a witness.
Malik Adnan put his life at stake when he tried to save Kumara before the Sri Lankan national was lynched and his body set on fire in Sialkot.
Prime Minister Imran Khan said that the state would confer on him the Tamgha-i-Shujaat (a bravery award).
The police is still investigating the case. A special prosecution team has asked the investigation officer to include Malik Adnan on the list of witnesses. According to the prosecution, the challan will be submitted in the first week of January.
Prosecution intends to present all the videos of the incident as evidence.
The trial will start in January.

Chaudhry Nisar arrives in London for medical tests and treatment