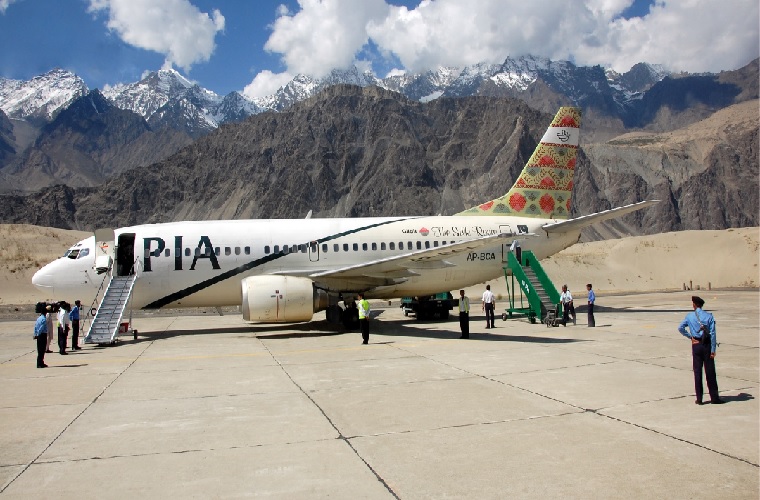 Skardu-Prime Minister Imran Khan has inaugurated Skardu International Airport and the Jaglot-Skardu strategic road, two major pieces of infrastructure which it is hoped will ramp up tourism spending in the region.
The development in Skardu is a part of PM Imran Khan’s initiative to boost tourism and economic growth in Gilgit-Baltistan.
The Skardu airport is located at an altitude of over 7,000 feet. It is nestled in the Karakoram and Himalayan peaks and is among the world’s highest altitude airports.
All flights, both morning and evening, will be accommodated at the Skardu airport. A new initiative is being unrolled to support airplanes during low-visibility takeoffs and landings.
On a one-day visit, he will also chair different meetings regarding development schemes and Gilgit Baltistan government’s one-year performance.
The prime minister addressed a public gathering at Municipal Stadium Skardu. He said he knew how important connectivity was for regions such as Skardu, which were at the mercy of the weather. Often flights would get cancelled because of bad weather. But now, with a better road, the region would be better connected. He said that he hoped that people would be able to come during the summer and winter months.
He said that the people of Gilgit Baltistan would safeguard their interests by not selling their land to outsiders who would want to take over their asset. He urged them to consider opening tourist-friendly accommodation and indeed the government planned resorts. That is how a steady income could be sustained.
“You can’t imagine the change it will bring to your lives, but I can. I’ve seen Austria, Switzerland… I tell you, we have the world’s most beautiful mountains in GB.”
He assured locals that the PTI-led government will ensure connectivity of Skardu to other parts of the country so that the potential of local tourism can also be exploited fully.
The prime minister said that overseas Pakistanis will now be able to fly to Skardu for tourism as well.