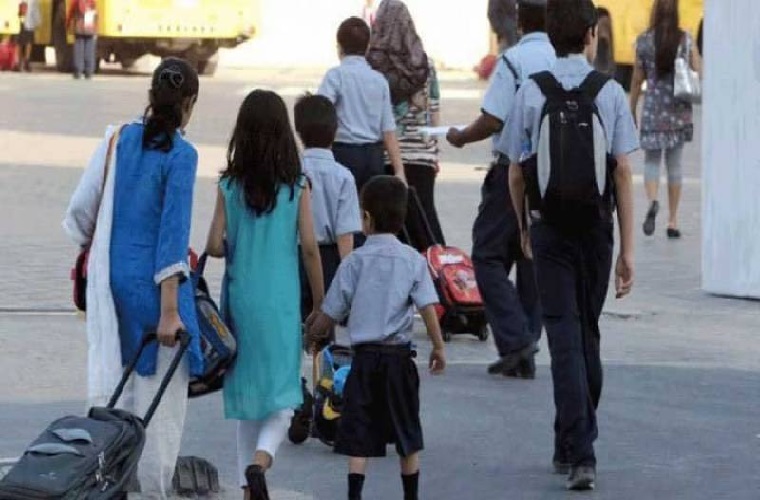 Islamabad-A meeting was held under the chairmanship of the Education Secretary in which approval for the winter holidays will be given at the National Command and Operation Centre (NCOC) meeting on Wednesday.
According to sources, consultations were held between the Ministry of Health and the Provincial Ministers of Education on winter vacations.
Sources said that the one suggestion was made to have a 15-day winter break in educational institutions from December 20 to January 5.
Sources said that all the provinces except Sindh have agreed to leave from December 25 to January 5 but Sindh will take up the matter of winter vacation in the provincial steering committee.
Meanwhile, the School Education Department of Punjab has also recommended 10 days of winter vacations.
It is relevant to mention that Asad Umar, the head of NCOC, will make the final announcement tomorrow instead of Education Minister Shafqat Mahmood.
On the other side, on the occasion of the arrival of OIC foreign ministers, orders have been issued to close all educational institutions in Rawalpindi.
It was decided to close all public and private institutions in Rawalpindi City on December 18. Educational institutions in the areas of the Cantonment Board will remain open, the district administration issued a notification.