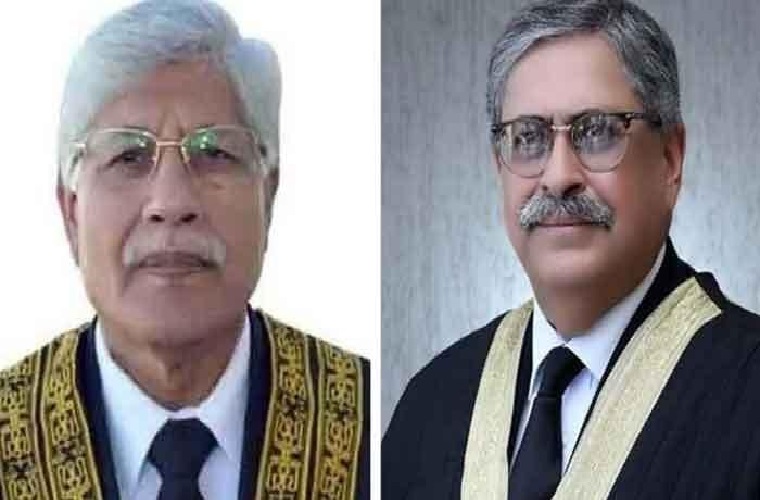 Islamabad-The Islamabad High Court (IHC) on Monday deferred till December 20 the framing of charges in a contempt of court case against former chief justice of Gilgit-Baltistan Rana Shamim and three others, related to the publication of an affidavit attributed to the ex-judge in which he accused former jurist Mian Saqib Nisar of colluding to deny bails to top PML-N leadership prior to the general elections 2018.
The court again directed Shamim to submit the original affidavit, having previously directed him to submit it in hearings on November 30 and December 7.
In a written order on December 10, IHC Chief Justice Athar Minallah had warned that charges would be framed if the maker of the affidavit, Shamim, the publisher and editor-in-chief of Jang Group Mir Shakeelur Rehman, senior journalist Ansar Abbasi and resident editor Amer Ghouri failed to show it was executed and published for bona fide purpose.
Justice Minallah had issued the order after going through the reply submitted by Shamim in which he explained reasons for executing the statement on oath — dated November 10, 2021.
Rana Shamim’s name included in PNIL
The former GB judge’s name was earlier added to the Provisional National Identification List (PNIL) as disclosed Interior Minister Sheikh Rasheed last week.
The jurist is facing a contempt of court case in the IHC for accusing the former CJP of having issued directives to keep PML-N supremo Nawaz Sharif and his daughter Maryam Nawaz in jail till July 2018 polls.