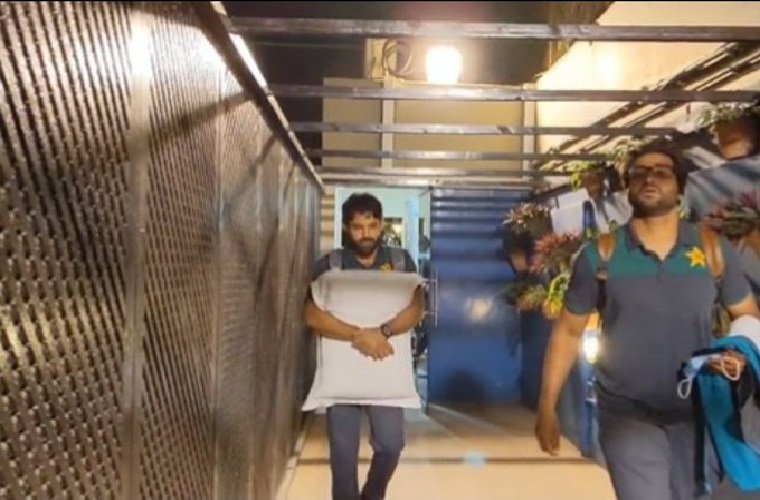 Karachi-Pakistan’s star wicketkeeper Muhammad Rizwan was once again spotted with his famous pillow Thursday when the team returned to the country after the conclusion of the Bangladesh series.
Pakistan Cricket Board had shared a video on Twitter to announce the team’s arrival, wherein Rizwan was seen squeezing the pillow against his chest as he seemingly walked into a restaurant for dinner with the squad straight from the Jinnah International Airport.
It was not too long after the video was shared when Australian cricket commentator Mike Haysman jokingly expressed gratitude over the cricketer’s safe return “along with his pillow” saying that the homecoming of both Rizwan and his pillow was quite a relief.
To get to know the reason behind Rizwan’s love for his pillow, had contacted an official of the Pakistan Cricket Board (PCB), who said Rizwan carrying his pillow around during tours was “nothing new”.
The star cricketer took his pillow with him in Pakistan’s recent tours to West Indies, England, and South Africa, Ibrahim Badees, Pakistan cricket team’s media manager.