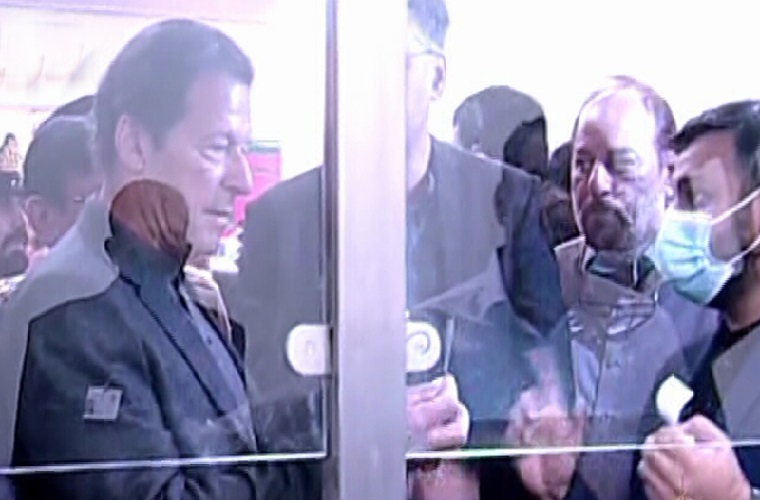 KARACHI – Prime Minister Imran Khan Friday inaugurated the trial operation of the much-awaited Green Line Bus Service project, the first mass transit system in the port city.
The inauguration ceremony was held at the main station of the project at Numaish Chowrangi. He inaugurated the first phase of transport project under the Karachi Transformation Plan launched by the federal government.
Later, addressing the ceremony, Prime Minister of Pakistan (PM) Imran Khan said that until the management system of Karachi is not improved, bringing modernization to the city will be difficult.
The ceremony was attended by number of politicians including Governor Sindh Imran Ismail, Federal Minster Asad Umar, and Javed Qureshi.
PM further said that Karachi was the city of lights. We saw the city of lights getting deteriorated. The administration of the city never thought to introduce transport system.
Moreover, he said that the government will soon introduce modernization to the city and soon Karachi will be able to touch abodes of prosperity and success. He went on to add that China owns a modern system and even after numerous restrictions in Iran, Tehran is the modern city. No fund from PSDP is send to Tehran. It produced $500 million on its own.
Meanwhile on the occasion, Federal Minister for Planning, Development, Reforms and Special Initiatives Asad Umar said that “Surrey Mahal” or flats in London were not being built in the Pakistan Tehreek-e-Insaf (PTI) government but the tax payers money is being spent for the betterment of the masses.
He said that Pakistan Peoples’ Party (PPP) chairman Bilawal Bhutto Zardari is just a kid and he shouldn’t be taken seriously.
The minister said that the Hyderabad-Sukkur Motorway will be inaugurated in the next three months, while work on Gujjar and Oranagi nullahs have been 50 percent completed.