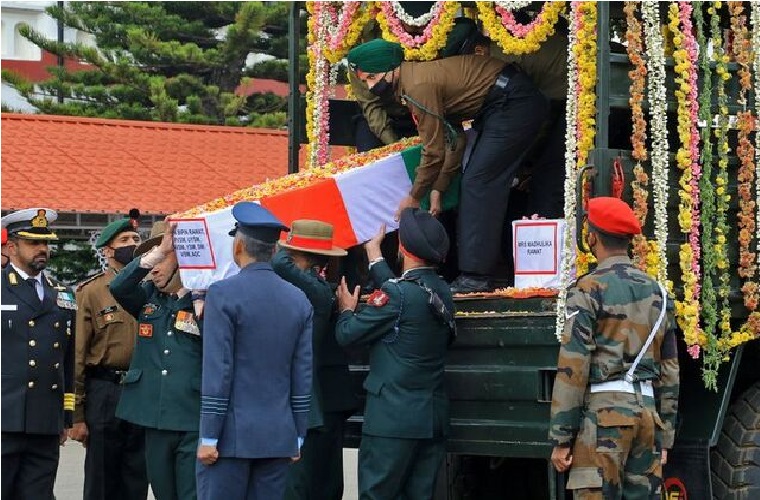 New Delhi: India’s top general, Bipin Rawat, was cremated in New Delhi on Friday with full military honours, including a 17-gun salute, two days after he and 12 others died in a helicopter crash in southern India.
Only one person survived the accident. The Indian Air Force has commissioned an inquiry into the incident.
Hundreds of soldiers escorted the carriage bearing the 63-year-old general’s body on its final journey through India’s capital. A dozen senior military officers had earlier kept a vigil while his body lay in state at his home.

Biden and Putin agree to steps on cybersecurity and arms control