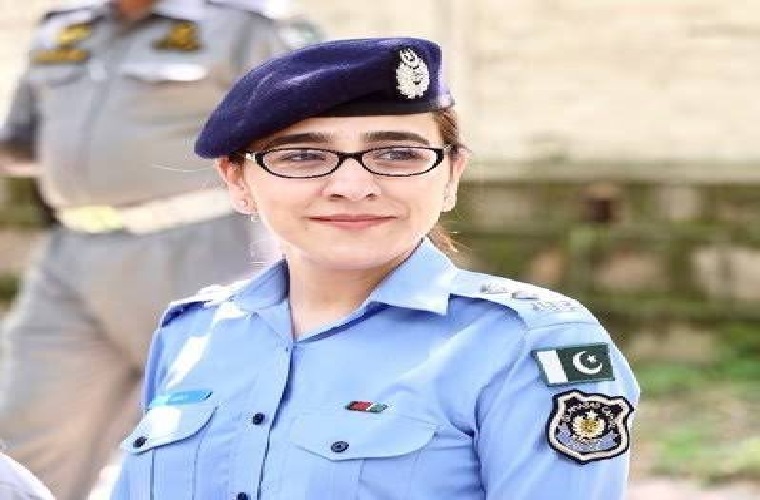 Islamabad – The United States embassy in the Islamabad has nominated a Pakistani police officer for an award that recognizes women around the globe for demonstrating exceptional courage and leadership in advocating peace, justice, human rights, gender equality and women empowerment throughout her career.
The announcement about the nomination of Assistant Superintendent of Police (ASP) Amna Baig, who is serving in the Islamabad police, was made at an event marking the 30th anniversary of the 16 Days of Activism Against Gender-Based Violence Campaign, hosted by US Chargé d’affaires Angela P. Aggeler.
She has been nominated for the US Department of State’s International Women of Courage Award.
Baig works as the head of the Islamabad Police’s Gender Protection Unit – a government initiative to assist women and transgender individuals in their fight against gender-based violence and other injustice.
“ASP Baig has demonstrated tremendous leadership and courage throughout her career on Pakistan’s police force and serves as a role model for young Pakistani girls to pursue their dreams despite whatever obstacles they face,” Chargé Aggeler said at the event.
“It can and must be prevented. This is why we take this time each year to reinvigorate our efforts against gender-based violence and to call for greater collective and individual action to prevent and respond to all forms of violence against women.”
In response to her nomination, ASP Amna wrote on Twitter: “It’s for the women of Pakistan. May I continue to serve you to the best of my abilities”.
The 16 Days of Activism Against Gender-Based Violence Campaign launched in 1991, according to the US embassy. Today, over 6,000 organizations in approximately 187 countries have participated in the campaign, reaching over 300 million people.