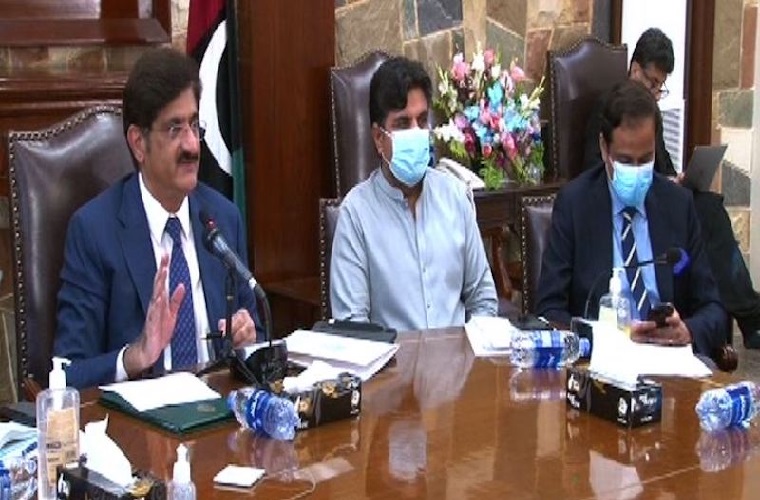 Karachi-Sindh Chief Minister Murad Ali Shah has said that his government would accept some changes proposed by Governor Imran Ismail to the new local government law passed by the Sindh Assembly last month. However, he has refused to budge on the control of hospitals and schools.
Under the Sindh Local Government (Amendment) Bill 2021 the control of hospitals, schools and some other departments as well as some of the government functions have been transferred from local bodies to the provincial government.
The Pakistan Tehreek-e-Insaf (PTI), Muttahida Qaumi Movement (MQM), Jamaat-e-Islami (JI) and other opposition parties have been opposing the bill.
Earlier this week, Governor Ismail refused to sign the LG bill into law, sending it back with nine objections and proposed changes.
Under the Constitution of Pakistan, the Sindh Assembly could have passed the same bill again without any change to force the governor to grant it assent.
However, the chief minister on Thursday held a press conference to announce that his government was ready to accept some of the changes proposed by the governor.
He said the government would remove a clause from the bill that allowed “any person” to be elected as mayor or deputy mayor, chairman or vice-chairman of the council without contesting the local government elections.
However, the CM pointed out that the MQM and JI in the past got their “any persons” elected as mayor when they formed local governments in Karachi and Hyderabad.
According to the CM, the government has also accepted the governor’s proposal on the voting method for the election of mayors, deputy mayors, chairmen and vice-chairmen of councils. The election would be held using a show of hands vote instead of secrete ballots, he said.
Murad Ali Shah said the objection about tax collection on immovable property was the result of a misunderstanding. The older law allowed both KMC and DMCs to collect the tax but in practice, it was collected by DCMs, the CM said adding that under the new law town councils, which replace DMCs, would collect the tax.
The CM said that he had also accepted the proposal on the term of the council, which will commence from the first meeting as proposed by the governor.
However, the Sindh chief minister rejected the governor’s objection about the control of hospitals, schools, and several other government departments and functions.
The CM said they would be controlled by the provincial government “because if a hospital does not work, the provincial government is blamed.”
The only function that the CM said could be reverted to the local government is the ‘milk supply scheme.’
However, Shah announced that the government was going to introduce a new schedule 9 to the local government law. Under schedule 9, relevant health, education, and police officials will submit quarterly reports to the union council of their area.
“This has never been done before,” he said