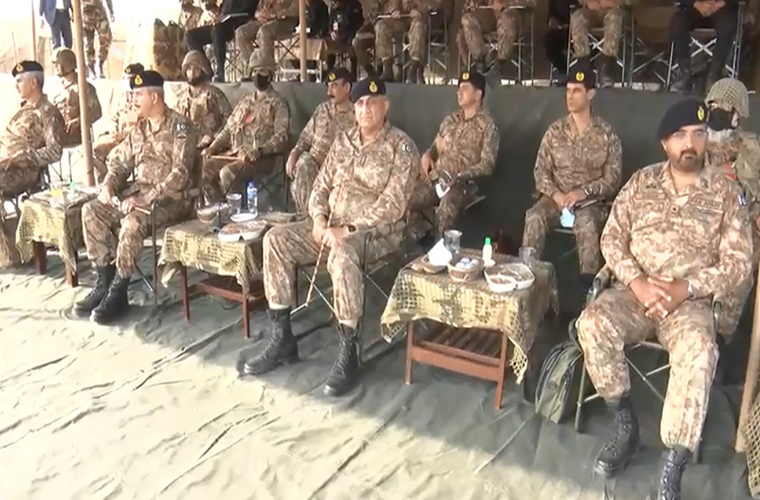 The Army Chief had a detailed briefing on Operational, training and administrative matters of the formation.

They remain busy in practicing drills and procedures involving crossing of major water obstacles as part of offensive manoeuvre.

Speaking on the occasion, COAS said that such exercises enhance confidence of troops and hone professional skills for enhancing their optimal combat potential.

He further hailed Pakistan Army as a well trained and battle hardened cohesive force ready to take on any challenge confronting defence and security of Pakistan.

He said that despite challenges, our focus remains on enhancing conventional capability of Pakistan Army including ISR, Air Defence, Cyber & mechanisation.

Only a well trained army equipped with future battlefield technologies can safeguard sovereignty and territorial integrity of the country.

Over 1870 new COVID19 cases confirmed during the last 24 hours