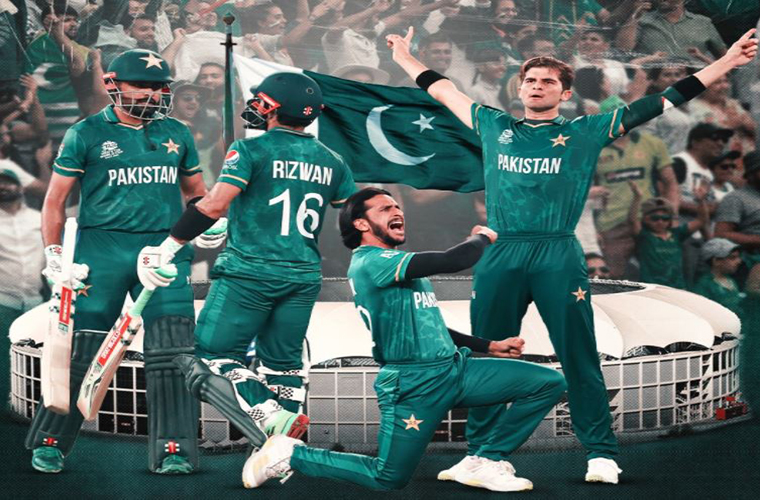 India had handed Pakistan a 152-run target after Babar Azam had decided to bowl first.

Babar (68) and wicket-keeper Rizwan (78) were able to complete the best partnership against India.

It posted the highest ever partnership for any wicket by any team against the Men In Blue in T20Is surpassing 133 by David Warner and Shane Watson.

Shaheen Shah Afridi was declared the Man of the Match at the Dubai International Cricket Stadium for dismissing the top three Indian batters tonight.

Left-arm pacer Shaheen Shah Afridi shined with the ball for Pakistan, recording figures of 3-31 in his four overs.

He took the crucial wickets of India openers Rohit Sharma and KL Rahul and skipper Virat Kohli, who was India’s best batsman, scoring 57 off 49.

Haris conceded only 25 runs while Shadab gave away just 22 runs in their four overs. Both took a wicket each.

Now, Pakistan will play their next Super 12 match against New Zealand on Tuesday [26th October].

Moreover, Pakistan will be taking on Afghanistan on Friday [29th October].

The latter led from the front as well as to brilliant performances of Muhammad Rizwan and Shaheen Afridi.

Furthermore, the Prime Minister said the nation is proud of you all.