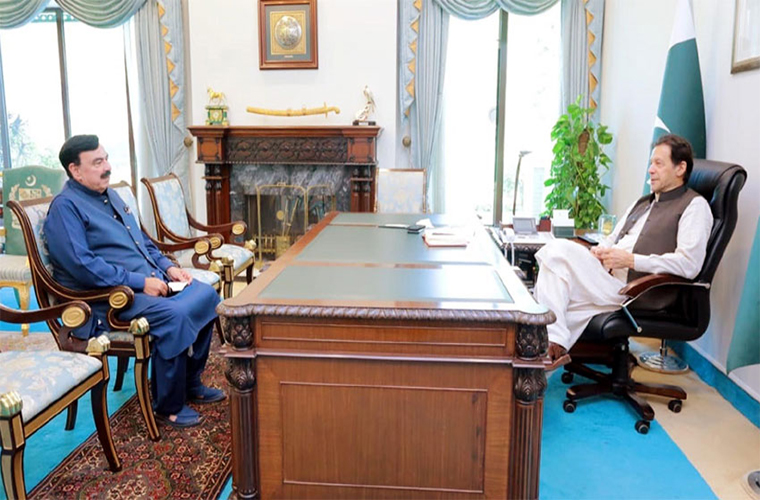 During the meeting, they discussed law and order and political situation in the country and the Afghanistan situation.

Progress in the ongoing projects in Rawalpindi, including Nullah Leh, also came under discussion.

Prime Minister Imran Khan emphasized on adoption of modern techniques to create awareness among the youth about Islamic history.

Furthermore, he said dramas and films need to be made on historical stories.

He named Salahuddin Ayubi as a historical character whom even the West quoted.

He said Salahuddin Ayubi announced general amnesty after the historic victory of Jerusalem.

Moreover, he said that a series on the life of Salahuddin Ayubi would enlighten the youth about this historic character.

During the meeting, the PM had a briefing about Pakistan-Turkey joint venture of Salahuddin Ayubi series.

He was told that the planning of the project was complete while its shooting would start in April next year.