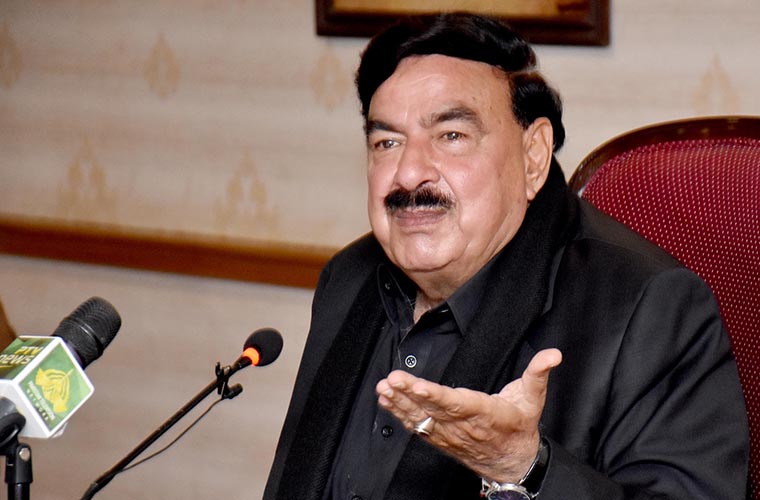 Interior Minister asks Opposition not to pursue the course of anarchy.

Federal Minister Shaikh Rashid Ahmad said the govt had no objection to the protests of opposition parties, if they remain within the ambit of law.

He expressed these views, while talking to media persons in Rawalpindi on Wednesday.

Sheikh further suggested that the opposition should not pursue the course of creating anarchy in the country.

He further said the Prime Minister will complete his mandated tenure.

To a question, he said the country’s armed forces are fully prepared to defend the homeland.

He expressed commitment to take steps towards bringing improvement in the hospitals of Rawalpindi.

Moreover, he said that the govt had approved Nullah Leh expressway and Ring Road Projects.

On the other hand, Minister of State for Information and Broadcasting Farrukh Habib also spoke on the Opposition parties.

He said the PML (N) and the PPP would have to give details of their party accounts to the Election Commission of Pakistan (ECP).