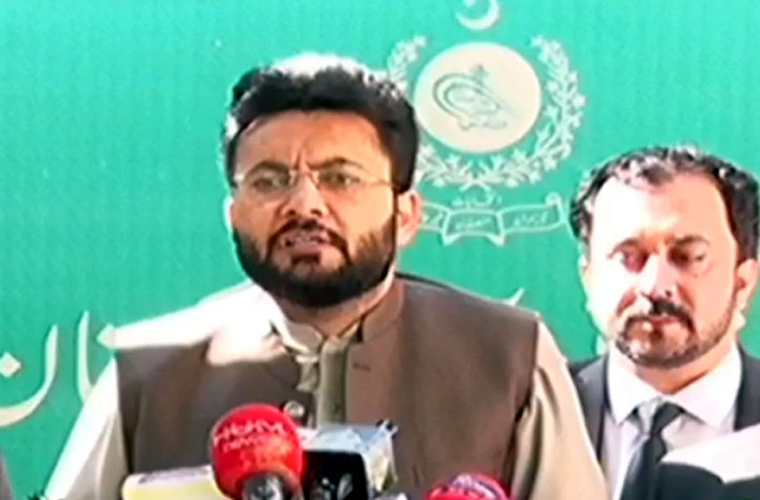 PTI chartered accountants will scrutinize the accounts of PMLN and PPP, says Minister of State for Information and Broadcasting Farrukh Habib.

He stated this, while talking to the media in Islamabad on Wednesday.

He said the PML (N) and the PPP would have to give details of their party accounts to the Election Commission of Pakistan (ECP).

Furthermore, he said the Election Commission of Pakistan allowed the PTI to access the accounts of the PML (N) and the PPP.

Therefore, he said, now our chartered accountants will now scrutinize the accounts of these two parties.

Farrukh Habib said both the PPP and the PML (N) have no respect for constitution and institutions.

He further said they have the history of attacking the Supreme Court and the National Accountability Bureau.

While answering a question, Farrukh said PTI remains the only party which has provided complete details of its accounts.

Particularly, PTI provided 40,000 donors to the scrutiny committee of the Election Commission of Pakistan.

Meanwhile, Interior Minister asked Opposition not to pursue the course of anarchy.

Federal Minister Shaikh Rashid Ahmad said the govt had no objection to the protests of opposition parties, if they remain within the ambit of law.

He expressed these views, while talking to media persons in Rawalpindi on Wednesday.