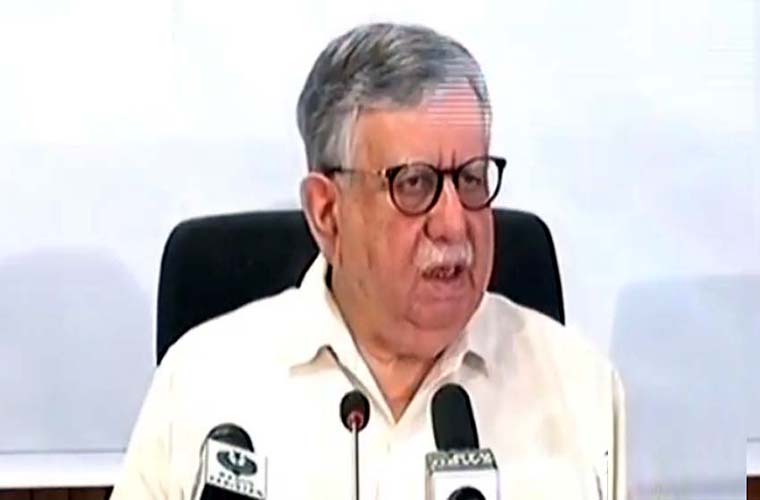 Shaukat Tarin continues but as Adviser to the PM on Finance and Revenue with the status of Federal Minister.

On the advice of the Prime Minister, President Dr. Arif Alvi  has appointed Shaukat Tarin as Adviser.

Shaukat Tarin continues but as Adviser to the PM

According to the notification issued today, now Tarin appointed as the adviser on Finance and Revenue.

However, he will enjoy the status of Federal Minister.

Earlier, his appointment as the finance minister began on April 17.

However, his constitutional tenure ended on Oct 16 because he was required to be elected to the Parliament.

Unelected person can continue in such position only for six months since his appointment.

On the other hand, Shaukat Tarin was holding talks in United States to seek IMF loan.

Meanwhile, the ministry of finance on Sunday rejected the news regarding failure of talks between Pakistan and the International Monetary Fund (IMF).

In this regard, Finance ministry spokesman Muzammil Aslam issued a statement. He said there was no truth in the news about the deadlock.

Furthermore, he said that the talks would resume from Monday (tomorrow). Talks would continue uninterrupted as per schedule.

Aslam said the date for ending talks not fixed and the negotiation would continue till success of the talks.

He said Minister for Finance Shaukat Tarin and Governor State Bank of Pakistan Reza Baqir were attending meetings in New York. Moreover, the Secretary Finance and his team remain engaged for talks in Washington DC as per schedule.

Pakistan and Iran agree on promotion of maritime security cooperation