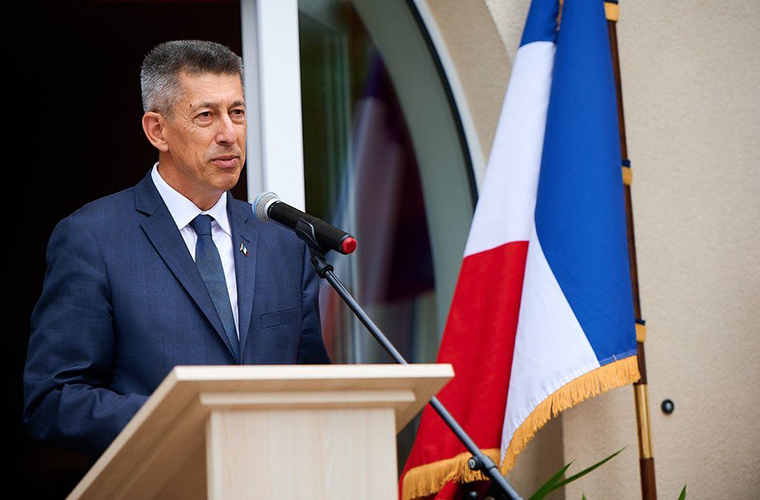 France ambassador leaves Belarus that expels him amid tensions with EU – European Union.

The authorities in Minsk demanded Nicolas de Lacoste leave by Monday, the French embassy has said, without specifying the motive.

However, according to reports in the Belarusian media, ambassador Nicolas de Lacoste never met President Alexander Lukashenko to give him copies of his credentials.

Like other EU countries, France has not recognized the Belarusian President.

As per the spokeswoman, Ambassador Nicolas de Lacoste left Belarus .

He said goodbye to the staff of the embassy and recorded a video message to the Belarusian people. That will appear in the morning on the embassy’s website.”

The European Union has imposed waves of sanctions on Lukashenko’s regime over a post-vote crackdown on dissent in Belarus after the country erupted in historic protests against his rule.

Lukashenko has since put down the demonstrations. The authorities had jailed hundreds of protesters and closed dozens of media outlets and NGOs.

European leaders have also accused Lukashenko’s regime of flying undocumented migrants into Poland and the Baltic states in an attempt to blackmail the 27-member bloc.

Rinkevics said sanctioning Belarus’s national airline Belavia was one measure that he hoped would be discussed by EU foreign ministers meeting in Luxembourg. Austria and the EU’s top diplomat immediately voiced support.

Furthermore, he said we need to introduce stricter sanctions.

It means to put so-called tourism companies that are organizing flights (under sanctions).

He said he also believes that we need to sanction Belavia fully, so that it cannot receive any kind of support.