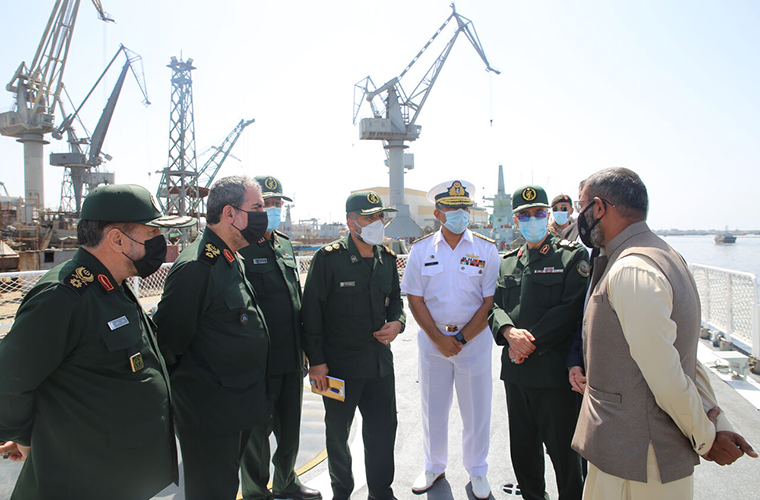 Pakistan and Iran agree to cooperate on shipbuilding and submarine maintenance.

Both countries expressed this agreement during Pakistan’s visit of the Chief of General Staff of the Armed Forces of the Islamic Republic of Iran.

Pakistan and Iran agree to cooperate on shipbuilding

The Iranian delegation inspected the building process of warships, boats and submarines.

Furthermore, both sides agreed that the two neighboring countries would work closely together on the construction, maintenance of ships and submarines.

The two countries said officials held consultations and stressed that the neighbours could ensure security in the region.

He emphasized the importance of maritime security at the common maritime borders.

Moreover, he also called for conducting joint exercises and reciprocal visits to each other’s ports.

The two sides also agreed on providing mutual training in various fields, transfer of maritime experiences, as well as the removal of barriers to fight against drugs and maritime terrorism.

They agreed that the two countries’ relations in the field of student exchange and educational issues would be expanded.

And in this regard, Iran will ask Pakistan to cooperate with the Iranian Maritime Security Center in Chabahar. Iran will officially open that shortly.

Iranian military leaders at mausoleum of founder of Pakistan

On the fourth day of his official visit to Pakistan, General Bagheri paid tribute to the late leader and founder of the country.

Ambassador of Iran to Pakistan Mohammad Ali Hosseini and Consul General of the Islamic Republic of Iran in Karachi Hassan Nourian also present on the occasion.

They met with Pakistan’s political-military leaders during the visit.

Yesterday (Thursday), before leaving Islamabad, he met with the Commander of the Pakistan Navy.

Then, along with members of the delegation visited Pakistan Army Heavy Weapons Production Complex.