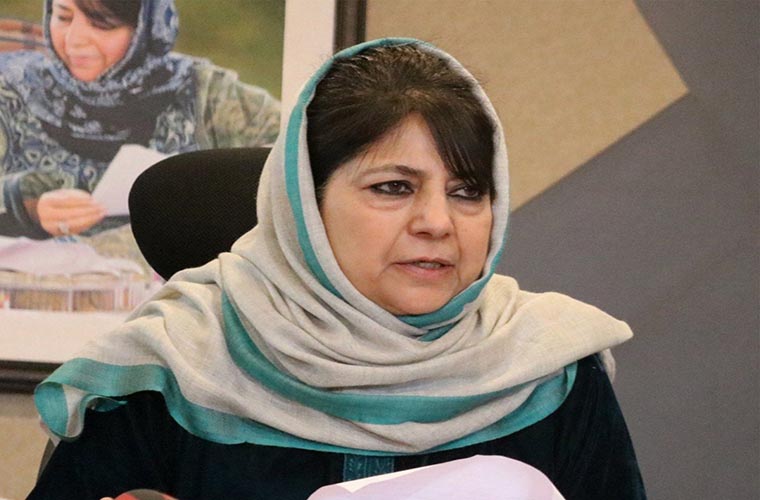 Furthermore, she said that the situation in the territory has gone from bad to worse.

She further said Indian govt placed her under house arrest to prevent her from visiting the family of a Muslim man.

She wanted to visit the victim of Indian forces’ firing on Thursday in Islamabad district of the territory.

Meanwhile, the All Parties Hurriyat Conference termed the current situation in the IOJK as the most volatile after the rapid surge in human rights abuses.

In a statement in Srinagar, APHC spokesman expressed concern over the increasing incidents of target killing of civilians in the territory.

On the other hand, Indian police have arrested over 540 Kashmiris during house raids in various areas in the last couple of days.

Indian police locked up the main entrance of Mehbooba Mufti’s residence in Srinagar.

Meanwhile, All India Congress Committee In-charge for IIOJK and Member of Indian Parliament, Rajni Patil said the ongoing situation in Kashmir has exposed the fake claims of normalcy in the territory.

While talking to reporters at Naidkhai in Bandipora, today, he referred to the Modi government’s fake claims.

In a major diplomatic achievement of Pakistan’s foreign policy, the Swedish Parliament members are presenting two resolutions on the situation in IIOJK for discussion.

Notably, these resolutions urge Swedish government to give its full support to a settlement of Kashmir dispute.

Analysts consider these resolutions of utmost importance to enable a peace process.

The parliament will debate these motions later this month.

Terrorist commander among 3 killed in IBO in Waziristan