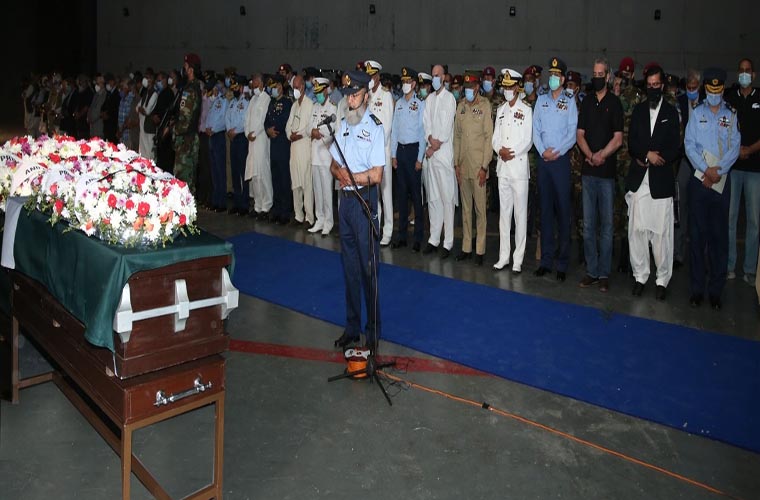 A smartly turned out contingent of Pakistan Air Force also presented gun salute at his grave.

After the burial, the officials laid floral wreaths at the grave of the deceased on behalf of President of Pakistan and Prime Minister.

Besides, the officials also placed floral wreaths on behalf of Chairman Joint Chiefs of Staff Committee, Chief of Army Staff, Chief of Naval Staff, Chief of the Air Staff and other dignitaries.

Earlier his funeral prayers held at PAF Base, Nur Khan.