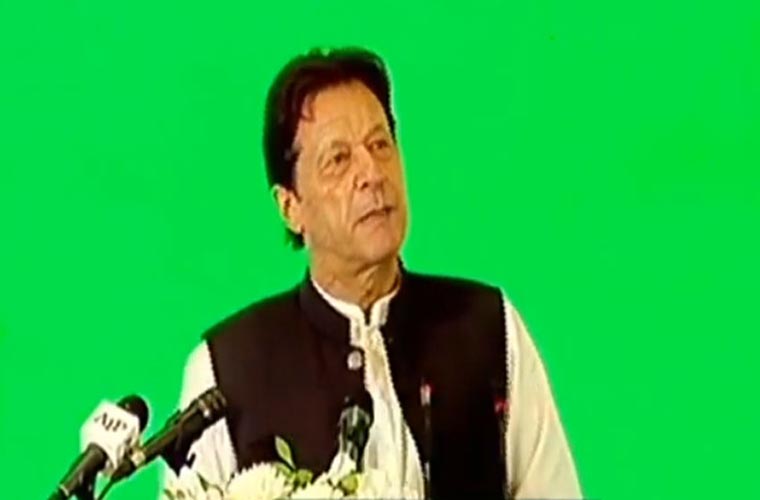 Prime Minister Imran Khan termed it a landmark initiative. He said that it will bring improvement in the living standards of the common man.

Furthermore, he noted that the program was prepared after hectic efforts and consultation process.

He expressed confidence it will move forward with success. He said a committee should also be constituted to evaluate its progress and address any problems coming in its way.

However, the Prime Minister regretted that our system only caters to a small segment of elite class.

The PM lamented that inequality remains basis of the downfall of any society.

Flawed policies of the past left far behind our marginalized segments of the society.

He however, said the present government is trying to change priorities to uplift the poor families.

He noted State of Madina a successful model of the world because of its principles of humanity and justice.

The PM said the government is also cognizant of the problems faced by the downtrodden segments of the society due to price hike.

He said a program is being launched under Ehsaas to provide direct targeted subsidy to them on essential commodities such as flour, ghee and sugar.

Imran Khan said we have also tried to absorb the maximum pressure of international increase in the prices of commodities.

There has been one hundred percent increase in the prices of petroleum products over the last few months but we only increased their prices by twenty two percent. For this we slashed the sales tax and petroleum levy on petrol and diesel.

He said the wheat price increased by thirty three percent and that of sugar by forty percent in the international market but we enhanced their prices by twelve and twenty one percent respectively.

He was confident that with improvement in supply chains in the world, the prices of commodities will come down and the benefit will be extended to the masses.

He further said that under Kamyab Karobar, the poor households could get interest free loans up to five hundred thousand rupees.

Moreover, Tarin said the program will also enable these households to build their own houses.

The Finance Minister said the loan facility will be provided to the poor households at their doorsteps.

He said Kamyab Pakistan Program will be expanded to six million households.

Shaukat Tarin said this initiative will help the poor households stand on their own feet and bring revolution in their lives.

He underlined Kamyab Pakistan Program as an important step towards a welfare state.

He further said this will strengthen the microfinance institutions and help alleviate poverty by generating immense job opportunities.