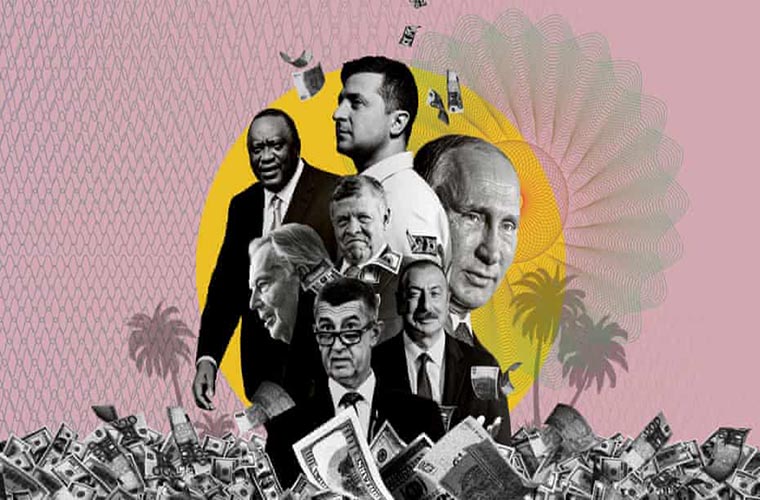 They used offshore tax havens to hide assets worth hundreds of millions of dollars, a massive investigation has found.

According to Al Jazeera, the leaked records come from 14 offshore services firms from around the world – from Vietnam to Belize to Seychelles.

The Pandora Papers, published on Sunday, based on documents leaked to the International Consortium of Investigative Journalism (ICIJ).

Who was behind it?

The ICIJ – a network of reporters and media organisations – launched a two-year effort to sift through 11.9 million confidential files leaked to it, aided in that effort by more than 600 journalists from 150 media outlets.

Moreover, the team also verified the information from the 2.94-terabyte haul by cross-referencing it to public records from dozens of countries.

The ICIJ found that the documents were linked to more than 330 politicians and public officials, including 35 current and former national leaders, in more than 91 countries and territories.

“The records include information about the dealings of nearly three times as many current and former country leaders as any previous leak of documents from offshore havens,” the ICIJ wrote on its website.

Setting up offshores companies to do business is not in itself illegal, the ICIJ stressed, as some people might have legitimate reasons to keep their finances secret.

But such entities have often proven to be attractive as they can facilitate tax evasion and money laundering.

Such revelations are no less of an embarrassment for leaders who may have campaigned publicly against tax avoidance and corruption, or advocated austerity measures at home.

Who has been named?

Among significant individuals named are Jordan’s King Abdullah II who was alleged to have used offshore accounts to spend more than $100m on luxury homes in the UK and US.

Days ahead of the Czech Republic’s October 8-9 parliamentary election, the documents allegedly tied the country’s prime minister, Babis, to a secret $22m estate in a hilltop village near Cannes, France.

The Papers also listed Kenya’s President Uhuru Kenyatta and his mother as beneficiaries of a secretive foundation in Panama.

The leaked document also showed that three of Kenyatta’s siblings own five offshore companies with assets worth more than $30m.

Besides unveiling the financial dealing of hundreds of world leaders and celebrities, the investigation put the spotlight on the offshore system itself, with the US emerging as a big player in the offshore world.

South Dakota, the files show, emerged as the US state with the largest number of trusts – a financial mechanism used often to avoid or greatly reduce taxation.

The Pandora Papers are the latest in a series of mass ICIJ leaks of financial documents, from LuxLeaks in 2014, to the 2016 Panama Papers.

It triggered the resignation of the prime minister of Iceland and paved the way for the leader of Pakistan to be ousted.

They were followed by the Paradise Papers in 2017 and FinCen files in 2020.

US reducing troops in Afghanistan in line of deal with Taliban