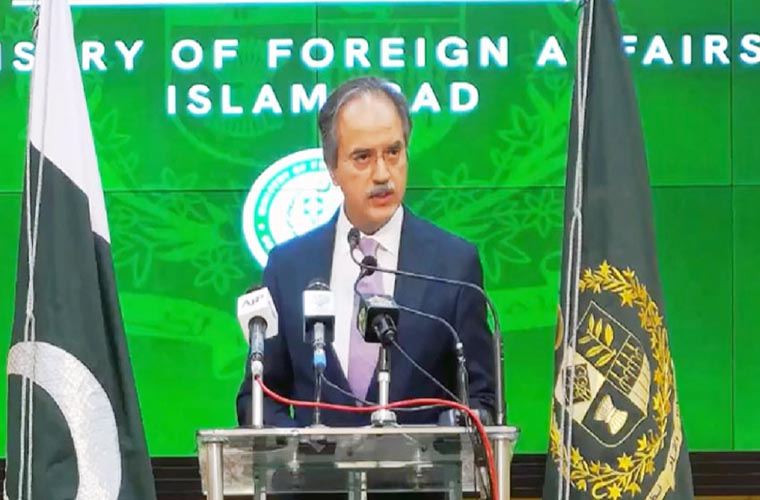 Pakistan rejects Indian claim on arrest of militant at LoC – Line of Control.

The Indian media and forces claimed arresting an alleged militant and killing another on Indian side of Line of Control.

Pakistan rejects Indian claim on arrest of militant at LoC

However, the FO spokesperson rebuffed such allegations, recalling these as established Indian tactics to mischievously implicate Pakistan.

Furthermore, he said India divert world’s attention from its own heinous activities in IIOJ&K through such tactics.

The spokesperson said we have shared incontrovertible evidence with the world about India’s grave human rights violations in IIOJ&K.

He further said that Pakistan remains seriously concerned about Indian attempts to vitiate environment on the Line of Control while Pakistan is maintaining restraint, despite Indian provocations, in line with the DGMO’s understanding of February this year regarding ceasefire along the Line of Control.

Meanwhile, a Chinese Foreign Ministry Spokesperson said  China consider India’s forward policy and illegal encroachment upon the Chinese territory across the border as the root cause of tensions between the two countries.

Hua Chunying expressed these views during her regular briefing on Wednesday.