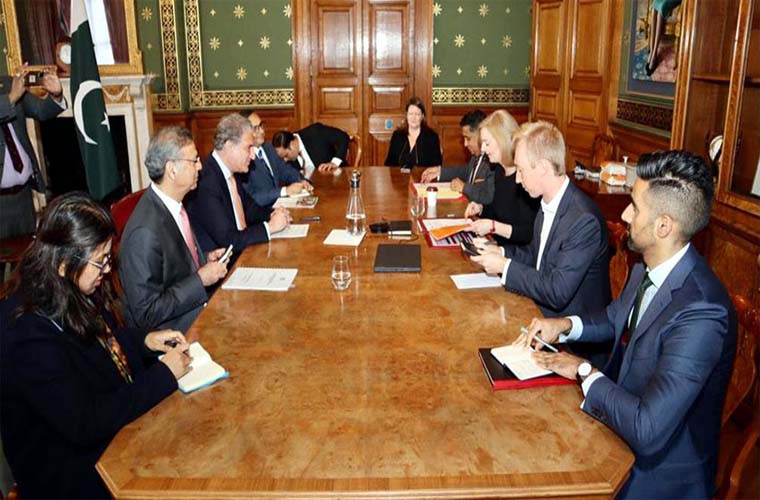 Foreign Minister Shah Mahmood Qureshi handed over the document to the British Foreign Secretary at a meeting in London today (Tuesday).

The dossier comprised of concrete and irrefutable evidence of over 3000 war crimes of Indian forces in Indian illegally occupied Jammu and Kashmir.

He said we hope that the United Kingdom will play an effective role to get the innocent Kashmiris freed of the Indian oppression.

Furthermore, he hoped UK role in ensuring providing Kashmiris with their due right to self-determination.

Meanwhile, he also spoke on the Afghan situation.

The Foreign Minister said Pakistan’s foremost priority in the given situation is to save Afghanistan from a human crisis.

He called upon the international community not to isolate Afghanistan learning from the past mistakes.

Moreover, he said the international community must ensure human and economic assistance to Afghanistan.

The FM urged the international community to engage with the new reality in Afghanistan.

In an interview with Al-Jazeera TV, he asked the world to unfreeze the assets to avert a humanitarian crisis.