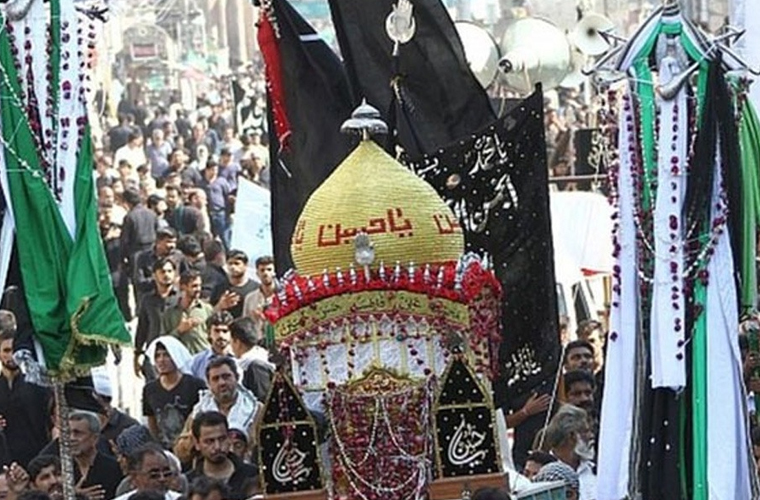 Chehlum anniversary of Imam Hussain and his companions being observed.

Pakistan observes anniversary of the Arbaeen (Chehlum) of Hazrat Imam Hussain (AS) and his devoted companions with due solemnity on Tuesday.

Mourners have brought out mourning processions in all small and major towns of the country.

They are paying tribute to martyrs of Karbala,

Troops of Umayyad despotic regime of Yazid massacred them in Karbala in a battle in Iraqi city Karbala in 61 A.H.

Particularly Muslims continue to remember Imam Hussain (AS) and his devoted companions.

Notably, they commemorate as great Martyrs of Karbala on Ashura and Arbaeen anniversaries.