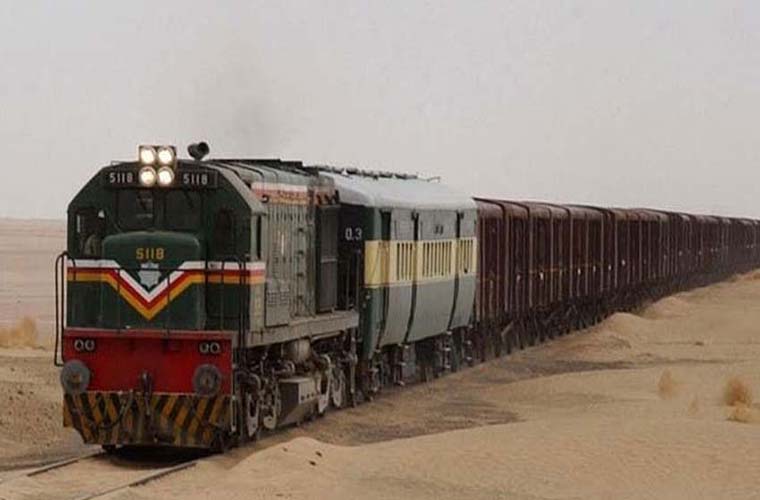 Freight train service between Pakistan and Iran resumed after track repair and rehabilitation.

According to official sources, the railway track damaged due to derailment of a cargo train at Dalbandin.

A train carrying rice was moving on way to Iranian City Zahedan from Quetta when it met accident.

The sources further said its six bogies derailed near Dalbandin on Thursday.

Due to that, 180 feet railway track damaged.

However, a Pakistan Railways officer said that the train would be allowed to proceed towards its destination after completing few mechanical issues.