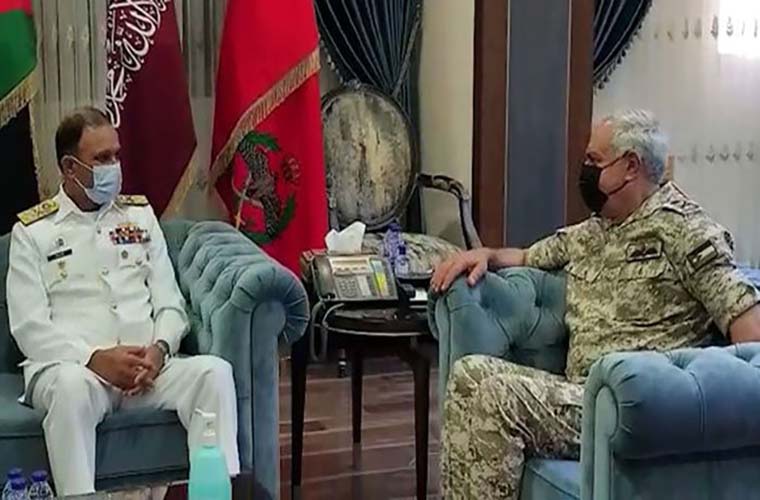 During call on with Commander RJNF, Naval Chief was briefed on roles and capabilities of RJNF.

Furthermore, the dignitaries dwelled on significance of close and strong bilateral naval association in diverse realms between Pakistan and Royal Jordanian Navy.

It is expected that recent visit of the Naval Chief will further enhance and expand bilateral relations between the two countries and Defence collaboration between the Armed Forces.