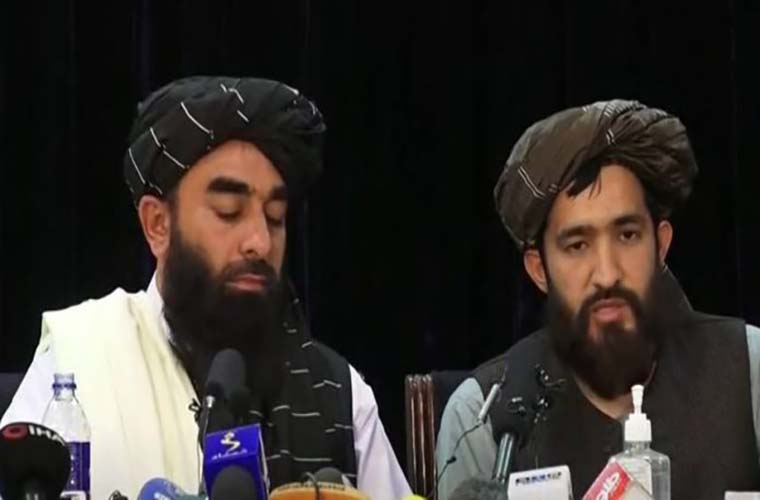 Taliban wishes peaceful relations with other countries and Taliban would let anyone to use of Afghan territory against any country.

Taliban Spokesman Zabihullah Mujahid expressed these views in his first press conference in Kabul on Tuesday.

He further said that he would like to assure neighbors, we are not going to allow our territory’s use against anybody or any country in the world.

During the press conference, the Taliban Spokesman said they did not want any internal or external enemies.

Major television channels in various countries of the world including Pakistan telecast the presser live.

He asserted that the rights of women will be protected within the framework of Islam.

While answering a question, he said women are going to be very active in the society, but within the framework of Islam.

He assured that the group wanted private media to “remain independent.”

However, he also stressed journalists “should not work against national values”.

The Taliban will not seek revenge against former soldiers and members of the Western-backed government.

said there was an amnesty for former Afghan government soldiers, as well as contractors and translators who worked for international forces.