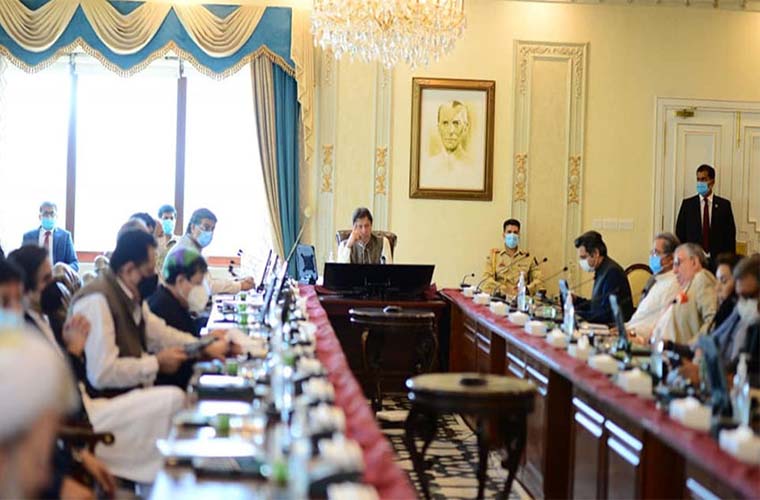 Cabinet approves leasing out 21 properties of Pakistan Postal Services under Lease and Tenancy Policy, in its first phase.

The federal cabinet has approved the Lease and Tenancy Policy 2020 for efficient utilization of dead properties of public sector entities.

Minister for Information and Broadcasting Chaudhry Fawad Hussain stated this, while briefing media about decisions taken in the meeting of federal cabinet that met in Islamabad today (Tuesday).

The Minister said under the policy, the cabinet decided to give 21 properties of Pakistan Postal Services on lease in first phase.

He also spoke regarding ensuring transparency in the electoral process.

He said in next 15 days, the govt would make important decisions to finalise the legislation regarding use of EVM in next general elections.

He further said our government remains committed to make the next general elections fully transparent.

To make that possible, he use of EVM remains only possible option as the technology of voting machine also appreciated at all stages.

The Minister urged the opposition parties to come up with recommendations instead of baseless criticism regarding electoral reforms.

He said cabinet members appreciated Minister for Education Shafqat Mehmood for his efforts to implement the single national curriculum.

He noted it no less than a milestone in educational reforms.

Moreover, he expressed pleasure over this initiative.

Fawad said government would implement this throughout the country including Madrassas.

3 years of the PTI govt

He claimed that the entire nation remains satisfied with our performance as most of the promises fulfilled.

He said celebrations in this connection have been cancelled due to Muharram-ul-Haram.

Furthermore, he said the cabinet expressed displeasure over the performance of sport boards.

The Prime Minister directed to formulate an efficient yet comprehensive sports policy.

Talking about the situation in Afghanistan, Chaudhry Fawad Hussain said our policy regarding establishing relations with the new government in the neighbouring country will be based on multilateralism and we are in contact with all regional and international players in this regard.

He said being the responsible state in the comity of nations, Pakistan will not take any unilateral decision.