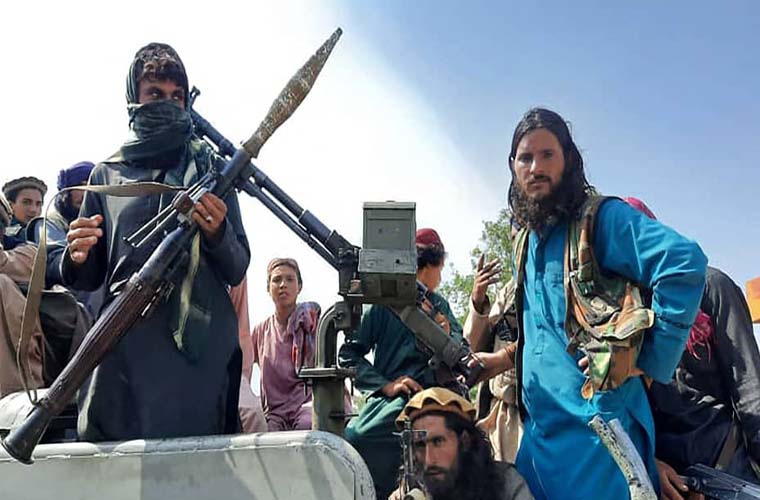 According to Al Jazeera, the development comes in the wake of the Taliban’s stunning victory on the battlefield, capturing more than a dozen provincial capitals in less than two weeks.

Finally, Taliban ordered its fighters to enter Kabul to prevent looting after the local police deserted their posts.

The group earlier on Sunday promised not to take the city by force.

“Our forces have not entered Kabul city, and we just issued a statement saying that our forces will not enter Kabul city,” Taliban spokesman Suhail Shaheen earlier told Al Jazeera. “We are talking and awaiting a peaceful transfer – a transition of the capital city.”

However, Pakistan have not taken any decision to close its embassy.

Earlier on Sunday, President Ghani promised via a television address to take responsibility for the security of the people of Kabul and meet anyone disturbing the law and order with “full force”.

But late on Sunday, Afghan officials told news agencies that he fled the country for Tajikistan as the Taliban was on the verge of capturing power.

Officials said the Taliban is seeking an unconditional surrender of the Western-backed government in Kabul. The armed group has long been seeking Ghani’s resignation.

Who is in charge?
Afghan Interior Minister Abdul Sattar Mirzakwal said there would be a “peaceful transfer of power” to a transitional government.

“The Afghan people should not worry … There will be no attack on the city and there will be a peaceful transfer of power to the transitional government,” he said in a recorded speech.

An Afghan official told The Associated Press news agency that Taliban negotiators were heading to the presidential palace to prepare for a “transfer” of power.

There was no immediate word on the situation from President Ghani. A palace official said he was in emergency talks with US peace envoy Zalmay Khalilzad and top NATO officials.

Russia said it was working with other countries to hold an emergency United Nations Security Council meeting on Afghanistan as the Taliban completes its takeover, foreign ministry official Zamir Kabulov told Russian news agencies. “We are working on this,” Kabulov said.

Kabulov also said Moscow does not plan to evacuate its embassy in Kabul, saying the Taliban had offered Russia security assurances for its missions in Afghanistan.

US officials said diplomats were being ferried by helicopter to the airport from its embassy. More American troops were being sent to help in the evacuations.

US President Joe Biden said it was up to the Afghan military to hold its own territory.

He said on Saturday that an endless American presence in the middle of another country’s civil conflict was not acceptable to me.

CNN predicts embarrassing end to US operation in Iraq