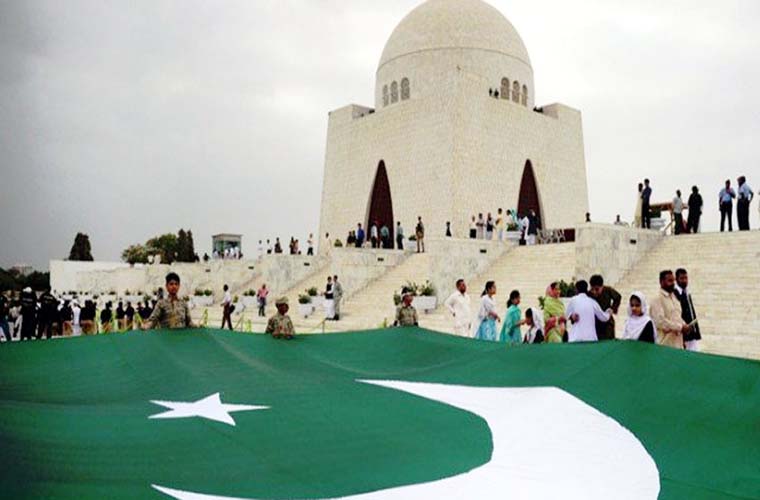 People offered prayers for security and progress of Pakistan and well-being of the people.

They also hoisted national flag at all important public and private buildings.

The main feature of the celebrations includes a national flag hoisting ceremony at President House Islamabad.

Meanwhile, President Dr. Arif Alvi attends as the chief guest on the occasion.

Besides, government and the nation have illuminated public and private buildings as well as streets, bazaars and markets.

National flags, buntings, portraits of founding fathers, posters and banners are also seen everywhere as part of the celebration of Independence Day.

Meanwhile, the President has approved conferment of military awards on the officers and soldiers of Pakistan Army, Navy and Air Force.

In Karachi, change of guard ceremony held at the mausoleum of Founder of Pakistan Great Leader Mohammad Ali Jinnah.

A smartly turned out contingent of the cadets from the Pakistan Naval Academy assumed ceremonial guard duties at the mausoleum with traditional spirit and customary enthusiasm.