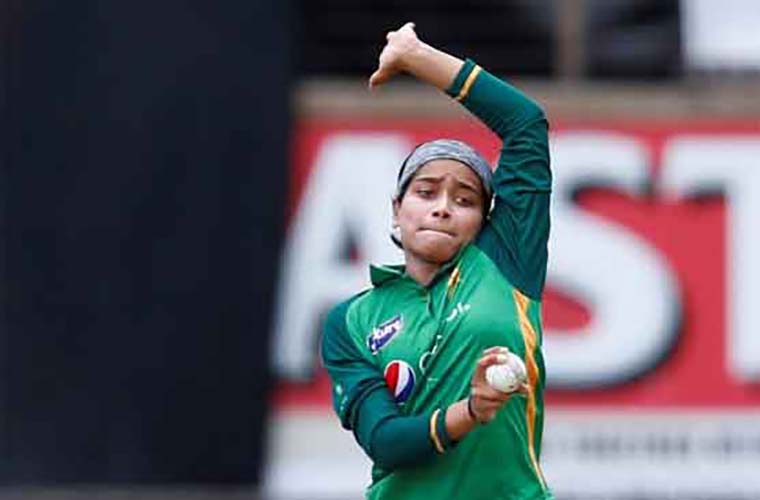 July nominees for ICC Player of the Month list includes Fatima Sana of Pakistan as well.

The list of the nominees for the International Cricket Council (ICC) Player of the Month award included Pakistan’s women wicket-keeper among others.

The ICC instituted the award in January this year to recognize the best international performances across formats for male and female cricketers.

According to a press release, an independent ICC Voting Academy and fans around the world can now vote to decide the winners.

They will announce the name next week. Fans registered on icc cricket.com/awards are invited to cast their votes for their favourite ICC player of the month for July in both categories.

Shakib Al Hasan scored 96 unbeaten runs as Bangladesh defeated Zimbabwe by three wickets in the second ODI at the Harare Sports Club. In the T20Is with the ball, Hasan took three wickets at an economy rate of seven leading his country to a series win against Zimbabwe.

In the T20Is, Marsh scored 219 runs with a strike rate of 152.08 and took 8 wickets with an economy rate of 6.76, making him the lead run-scorer and wicket-taker for Australia in the series.

There he took seven wickets with an economy rate of 4.14.

Walsh Jr also remained the most impressive bowler in the T20I series against Australia. There he picked up twelve wickets in five games at an average of 11.66.

Notably, made him the leading wicket-taker for the West Indies in both the ODI and T20I series against Australia.

Meanwhile, another ICC Women’s Player of the Month for July among the list included Hayley Matthews (West Indies).

She took two wickets with the ball as West Indies cruised to a dominant series-clinching eight-wicket win over Pakistan last month.

Moreover, Matthews was also named Player of the Series against Pakistan.

Fatima Sana remained the leading wicket-taker for Pakistan in the ODI series against the West Indies.

She also remained a joint-leader for her side in the T20I series between the sides.

A maiden five-wicket haul from Fatima Sana helped Pakistan defeat West Indies by 22 runs via the DLS method in the fifth ODI of the series.

In the same game, with four overs remaining in a shortened innings due to a delayed start, Sana scored an unbeaten 28 off 19 balls. Those also included four boundaries.

Specially, her stellar performance also named her player of the match.

Captain Stafanie Taylor contributed with both bat and ball as the West Indies won both their ODI and T20I series against Pakistan in July.

In the four ODIs against Pakistan, Stafanie scored 175 runs with a strike rate of 79.18 and took three wickets with an economy rate of 3.72.

Stafanie was also on top of the rankings for batters and all-rounders in the MRF ICC Women’s ODI Rankings earlier in July.

Health officials of armies of Pakistan and China share experience