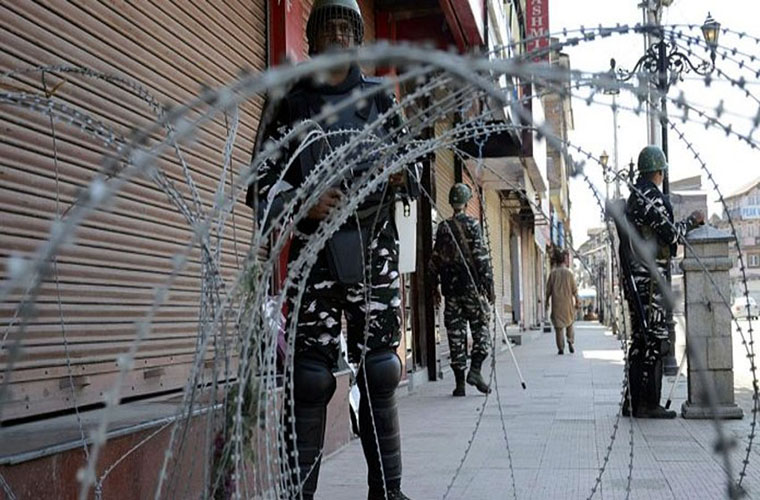 Pakistan will mark solidarity with Kashmiris of IOJK on anniversary of 5th August 2019 Indian decision to revoke special status of Kashmir – IOJK.

For solidarity, the nation will observe Youm-e-Istehsal on Thursday.

Pakistan will mark solidarity with Kashmiris of IOJK

Nation will also express solidarity with the oppressed Kashmiri people on completion of two years of military siege of Indian Illegally Occupied Jammu and Kashmir (IIOJ&K).

The Modi government of India scrapped the special constitutional status of Indian Illegally Occupied Jammu and Kashmir  on the 5th August 2019.

Meanwhile, Pakistanis have arranged a host of events to denounce the Indian unilateral illegal actions against Kashmiri people.

People of Pakistan will organize solidarity walks of one mile in all the main cities, including the federal capital.

Notably, President Arif Alvi will lead the walk in Islamabad.

The Participants of the walk will wear black bands and carry the flags of Pakistan and Azad Kashmir.

Besides, nation will observe one minute silence, halt traffic for one minute and play sirens across the country.

Meanwhile, people have begun displaying posters and billboards at the main roads of Islamabad and other provincial capitals.

Pakistanis are highlighting the plight of Kashmiri people.

Moreover, they are also exposing the Indian forces atrocities in Indian Illegally Occupied Jammu and Kashmir.