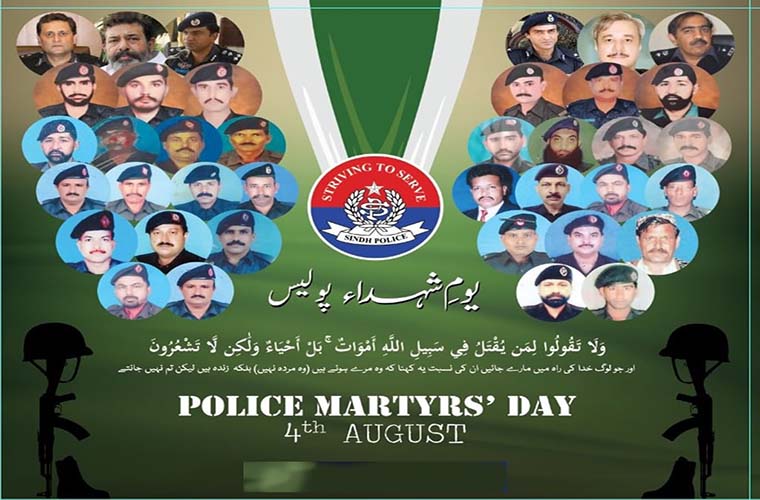 Today, nation commemorates those police officers and jawans who laid their lives for protection of the motherland.

People are holding special ceremonies in this regard across the country.

Officials concerned are laying floral wreaths on graves and monuments of martyrs of the police.

Both of them embraced martyrdom during an operation in Kurram District.

The President commiserated with the bereaved families.

He also prayed for the higher ranks of the martyrs.

He had embraced martyrdom in Pasni.

The President appreciated the services of the martyr.

In a statement, the Army Chief said Pakistan Police has made monumental sacrifices in the line of duty over the years.

Furthermore, he also said that the police contributed immensely in bringing peace and stability to the country.