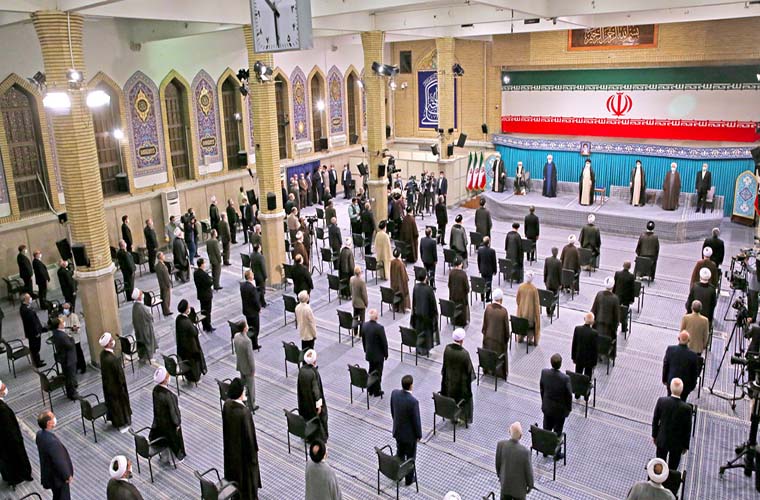 According to article 110 of the Iranian constitution, the endorsement of the presidents’ decrees comes under Supreme Leader duties.

The Late Founder of the Islamic Republic Imam Khomeini confirmed three presidents and Ayatollah Khamenei has confirmed four others so far.

Dr Ebrahim Raisi is the fourth president-elect, who is being confirmed by the Supreme Leader. T

The Leader himself became the last president, whom the late Imam Khomeini confirmed as president.

The various confirmations of presidents are proof to the fact that the Islamic Republic is based on Islamic laws and the votes of the people.

According to IRNA, in all confirmation texts recited by Imam Khomeini and Ayatollah Khamenei, the expression of “confirming people’s vote” comes before “appointment as President.”

Prior to the endorsement ceremony Iranian Interior Minister Abdolreza Rahmani Fazli presented a report of the process of holding the 13th presidential elections.

Foreign Office Spokesperson Zahid Hafeez Chaudhri confirmed this, while responding to the queries of media persons.

Dr Ebrahim Raisi will take oath of office on Thursday in Tehran.