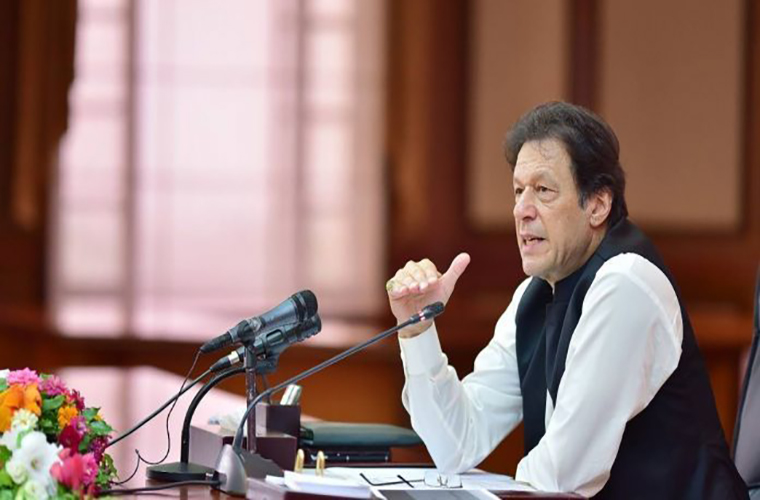 PM asks admin of 22 high risk districts of polio cases for emergency steps for eradication of the crippling disease.

Prime Minister Imran Khan has issued directives to the administrations, while chairing a virtual meeting of provincial Chief Secretaries and Deputy Commissioners for control of polio, today (Tuesday).

He asked them to take full advantage of the reduced number of cases reported in the country.

Furthermore, he directed them to work towards its complete elimination.

Officials informed the Prime Minister that no polio case reported during last six months across the country.

That provides a rare opportunity to eradicate the disease from the country.

Under the ongoing anti-polio drive of varied duration, vaccinators will vaccinate more than 23.6 million children under five years age.

According to National Emergency Operation Center, approximately 179,000 frontline health workers are taking part in the campaign.

However, they are performing their duties under strict covid related SOPs.

He urged the parents to cooperate with the polio teams.

Furthermore, he asked people to ensure that their children get vaccines against the crippling disease.

Nawaz Sharif is the most Popular leader of Pakistan: Marriyum Aurangzeb

UN adopts Pakistan sponsored resolution on right to self determination