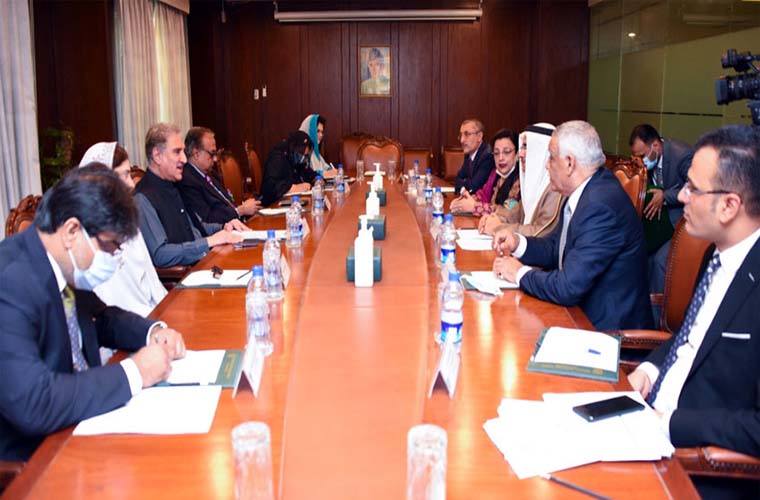 While talking to the visiting delegation, the FM said Pakistan considers dialogue as the only way for durable political settlement of conflicts.

He further said Pakistan wants peaceful resolution of the Kashmir and Palestine issues as per the relevant UN Security Council resolutions.

He apprised the Arab parliamentary delegation on the gross human rights violations in Indian illegally occupied Jammu and Kashmir.

Moreover, the FM also apprised them of the threats which Indian policies pose to the regional peace and stability.

He urged the international community to condemn India’s illegal unilateral act about Jammu and Kashmir on August 5, 2019.

The Foreign Minister said Pakistan desires peace and stability in the Middle East and has a clear stance on Palestine issue.

On the other hand, Foreign Office Spokesperson Zahid Hafeez Chaudhri said that Pakistan has no favourites in Afghanistan.

He expressed these views, while responding to the queries of media persons.

He further said that Pakistan sees all sides in the conflict as Afghans who need to decide about their future themselves.

The FO Spokesperson said Pakistan will continue to play a constructive role in Afghan peace process.

Balochistan legislature expresses solidarity with Iran and China on coronavirus