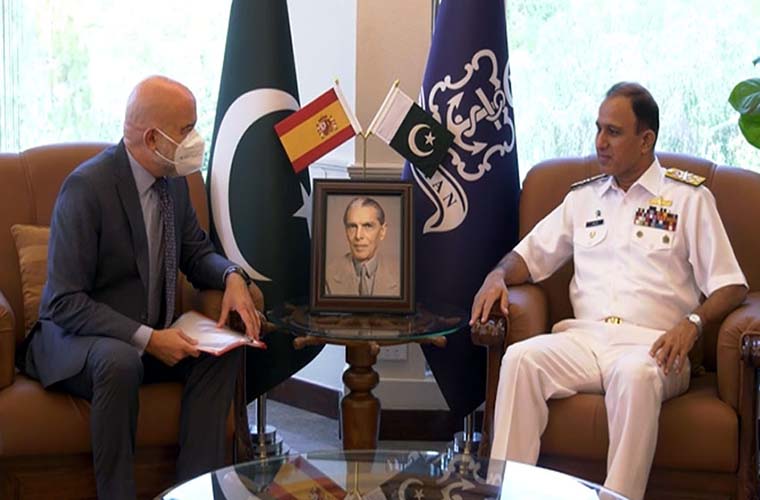 Both sides discussed cooperation in maritime domain and matters of mutual interests.

On the other hand, Pakistan Navy and Maritime Security Agency rescued crew of MV SUVARI H.

Both jointly rescued the crew of MV SUVARI H.

They conducted operation in the exclusive economic zone of Pakistani sea.

There the cargo ship sank due to strong winds and tide.

Upon receiving the information, Pakistan Navy directed its aircraft on air surveillance to the sinking site.

Moreover, a PMSA also assigned an aircraft and a ship immediately for assistance.

All crew of the sunk ship belong to Syria and it was carrying cargo from India to Somalia.