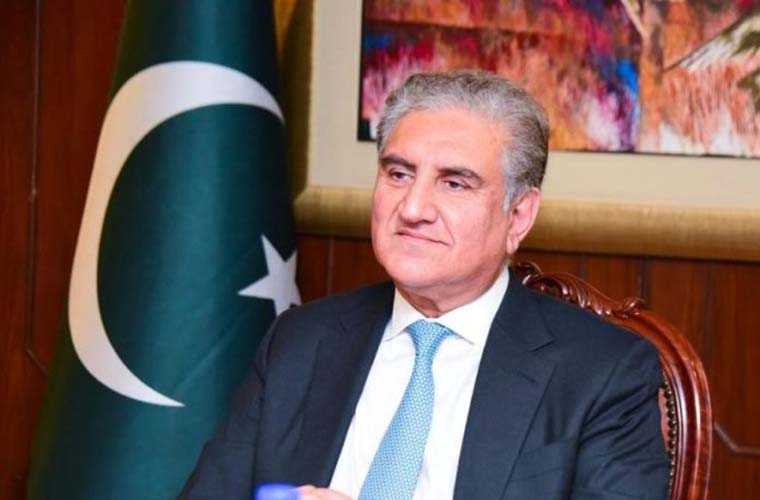 FM Qureshi accuses India of sabotaging peace in the region.

Foreign Minister Shah Mahmood Qureshi underlined establishment of peace in the region as the top priority of Pakistan.

In a statement issued in Multan today, he said India is playing the role of spoiler.

Furthermore, he said India wants to sabotage the peace in the region.

The FM referred that Pakistan is raising the issue of Kashmir, Palestine and suppressed Muslims at every international forum.

He said people of Azad Jammu and Kashmir have given huge mandate to the PTI for highlighting Kashmir Issue in the world.

And entire International Community is raising its voices against the Indian brutalities and atrocities in IIOJ&K.

Moreover, he said positive economic change will be witnessed in the near future due to the prudent policies of the incumbent government.