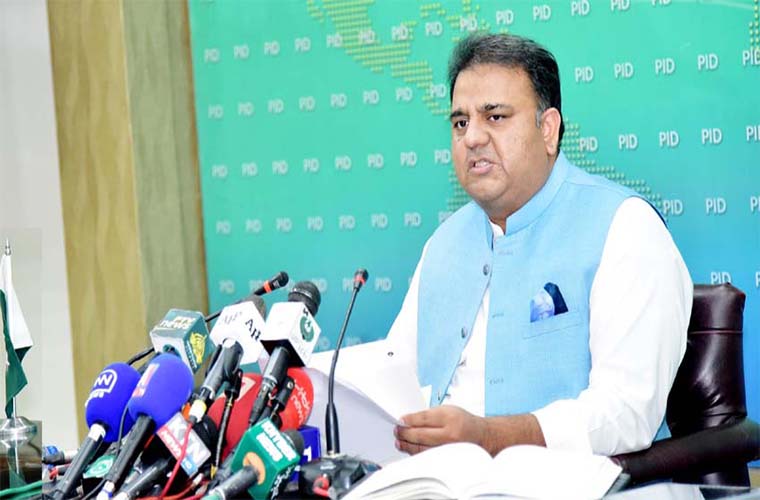 He said that Haleem Adil Sheikh has been exposing Sindh government’s corruption.

Chaudhry Fawad said earlier he was arrested in false cases, now was attacked which was a cowardly act.

He said that those who claim to believe in freedom of expression in Sindh wanted to silence voice of opposition leader.

He said all such cowardly acts are being carried out at the behest of the provincial government.

Furthermore, Fawad said these attacks aim at covering up the corruption of the PPP leadership.

The minister said, infrastructure of Sindh was ruined while educational institutions in the province have become cattle ranches.

He said that Haleem Adil Sheikh will continue to be the voice of the people of Sindh.

Meanwhile, PTI and PPP remain engaged in war of accusations.

The PPP blames the PTI of having failed to deliver as federal government.

In a media talk, he noted KPL important for Pakistan cricket and people wanted to see its matches.

However, he lamented Indian Prime Minister Narendra Modi has used cricket for politics in the past also.