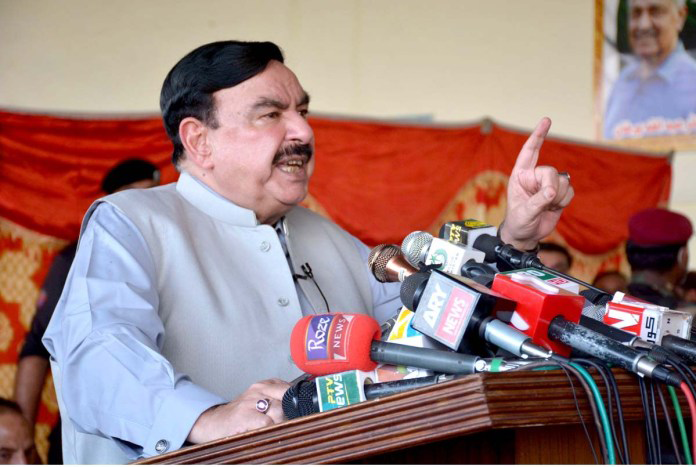 He expressed these views, while talking to media persons in Rawalpindi today (Saturday).

Forces involved in conspiracies against CPEC will not succeed

He said that some forces remain in conspiracies to undermine the China Pakistan Economic Corridor and Pakistan-China relations.

However, Sheikh Rashid said these elements will not succeed in their evil designs.

Furthermore, he underlined Pakistan-China relationship higher than the Himalayas.

The Minister also spoke on the abduction case of Afghan Ambassador’s daughter.

He said they have provided details of investigation into the incident and the video footage to the Foreign Office.

While answering a question, he said the accused in Noor Mukadam case will be brought to justice at all costs.

The authorities concerned will not spare the accused  under any circumstances.

Rawalpindi will become a city of Universities

Meanwhile, he also addressed the ceremony where he announced Rawalpindi will become a city of Universities.

He said that Viqar-un-Nisa Post Graduate College would also get status of a university.

Moreover, he said its completion will change the landscape of the city.