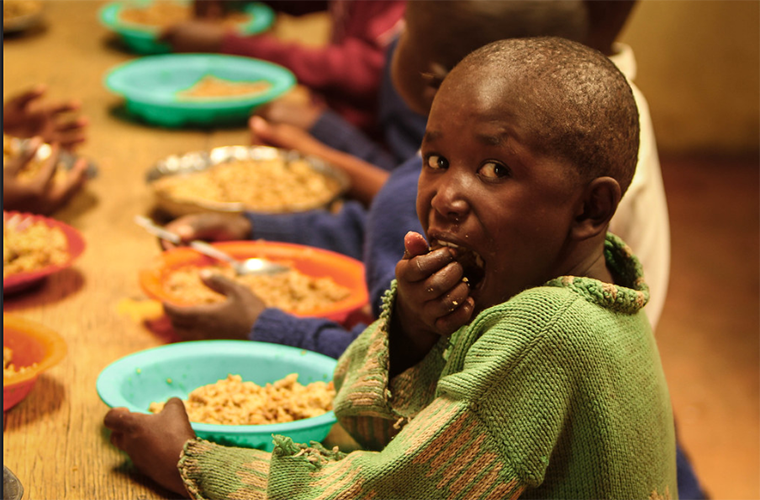 FAO and WFP warn of acute food insecurity in 23 countries in 4 months.

FAO and WFP warn of acute food insecurity in 23 countries

Both said that in the next four months, conflict, coronavirus and the climate crisis likely to increase hunger in 23 countries, including Afghanistan.

David Beasley, WFP Executive Director warned the families that rely on humanitarian assistance to survive are hanging by a thread.

He further said that when we cannot reach them, that thread cut, and the consequences are nothing short of catastrophic.

It also hampers efforts that could otherwise have enabled farmers to plant at scale and at the right time.

“The vast majority of those on the verge are farmers. Alongside food assistance, we must do all we can to help them resume food production themselves,” FAO Director-General QU Dongyu said.

FAO and WFP have warned that 41 million people were already at risk of falling into famine. 2020 saw 155 million people facing acute food insecurity at crisis or worse levels in 55 countries, according to the Global Report on Food Crises.

This is an increase of more than 20 million from 2019, and the trend is only expected to worsen this year.

The report highlights that conflict, climate extremes and economic shocks, often related to the economic fallout of COVID-19, are likely to remain primary drivers of acute food insecurity for the August-November period this year.

Transboundary threats are also an aggravating factor in some regions. In particular, desert locust infestations in the Horn of Africa and African migratory locust swarms in Southern Africa.

Humanitarian access constraints are another severe aggravating factor, increasing the risk of famine.

“It means authorities approving paperwork in time so that food can be moved swiftly, it means checkpoints allow trucks to pass and reach their destination, it means humanitarian responders are not targeted, so they are able to carry out their life- and livelihood-saving work.”

Ethiopia and Madagascar are the world’s newest “highest alert” hunger hotspots according to the report. Ethiopia faces a devastating food emergency linked to ongoing conflict in the Tigray region.

Reaching those desperately in need remains an enormous challenge, with 401,000 people expected to face catastrophic conditions by September.

This is the highest number in one country since the 2011 famine in Somalia. Meanwhile, in southern Madagascar, 28,000 people are expected to be pushed into
famine-like conditions by the end of the year.

This is due to the worst drought in 40 years, combined with rising food prices, sandstorms, and pests affecting staple crops.

The new highest alerts issued for Ethiopia and Madagascar add to South Sudan, Yemen, and northern Nigeria. Those remain among the acute food insecurity hotspots of greatest global concern.

In a few areas, some of these countries are already experiencing famine conditions and significant numbers of people are at risk of falling into famine.

In Afghanistan, acute food insecurity is becoming increasingly critical due to ongoing drought.

Besides rising conflict-driven displacement as well as high food prices and widespread unemployment which COVID-19 fueled also remain there.

Meanwhile, the already precarious situation in Haiti is expected to get worse. Because the country faces likely lower staple crop production due to lack of, or irregular, rainfall.

It is also reeling from worsening political instability and food price inflation, and the impacts of COVID-19-related restrictions.

The report warns that humanitarian action is urgently needed to prevent hunger, famine and death in all 23 hotspots.