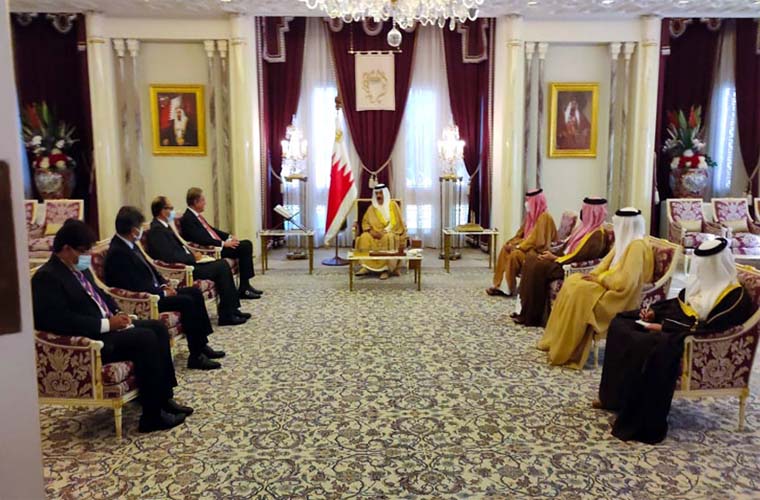 Furthermore, he said Pakistan remains committed to expand this relationship in all spheres of bilateral cooperation.

He also thanked the King for the generous gift of King Hamad Nursing University and Associated Medical Sciences Hospital in Islamabad.

The FM said that the projects reflect the special and deep relations between the countries.

Meanwhile, the King expressed appreciation for the contribution made by the Pakistani expatriate community towards Bahrain’s progress and economic development.

He underlined that Bahrain valued its historic relationship with Pakistan.

Furthermore he desired to further augmenting the bilateral relationship for mutual benefit.

The crown prince, also the Deputy Supreme Commander of his country, said this in meeting with FM Qureshi on Thursday.

In Manama, he also expressed appreciation for the contribution the Pakistani diaspora made towards Bahrain’s progress and economic development.