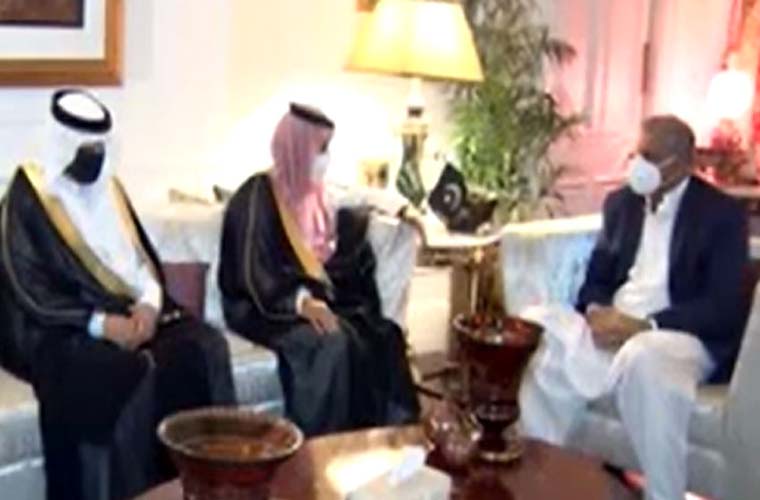 Matters of bilateral interest and evolving security situation of the region came under discussion during the meeting.

While assuring Pakistan of unflinching support, the Saudi FM appreciated sincere efforts and role Pakistan played for promoting peace and stability in the region.

Meanwhile, General Bajwa said that the relations between Saudi Arabia and Pakistan based on bonds of brotherhood and mutual trust as both nations will continue to play their part for peace and stability.

He thanked the Saudi leadership for Kingdom’s support to Pakistan and its armed forces.

Saudi FM calls on President and Prime Minister of Pakistan

He underscored the importance that Saudi Arabia attaches to its strong relationship with Pakistan, based on bonds of brotherhood.

Both sides emphasized need to broaden spectrum of bilateral relations in all areas of mutual interests.

The two countries also reiterated their commitment to institutionalise the bilateral relations so as to make enhanced progress in the areas of trade and economy.

Soybean offloading transferred to Port Qasim after deaths of 14