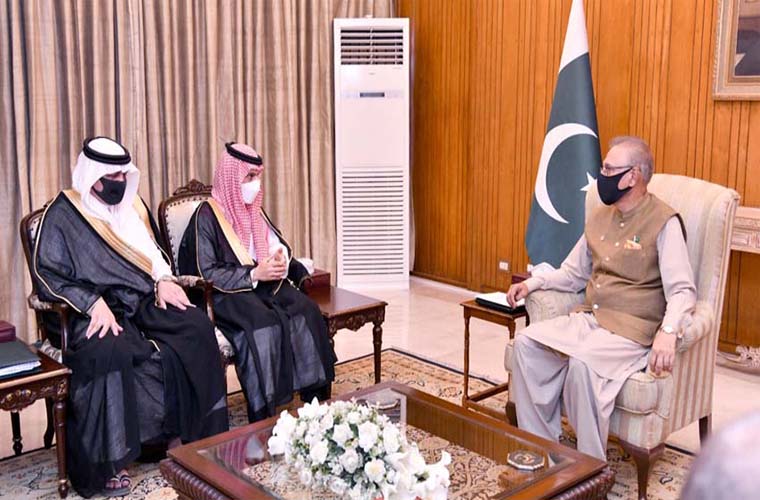 Foreign Minister Prince Faisal Bin Farhan Al Saud underscored the importance that Saudi Arabia attaches to its strong relationship with Pakistan, based on bonds of brotherhood.

Both sides emphasized need to broaden spectrum of bilateral relations in all areas of mutual interests.

Saudi FM calls on President and Prime Minister of Pakistan

The two countries also reiterated their commitment to institutionalise the bilateral relations so as to make enhanced progress in the areas of trade and economy.

President DR Arif Alvi said that Pakistan highly values its ties with KSA and wants to further expand economic and trade relations with the brotherly country.

He also called for taking steps for realizing the vast possibilities in the fields of trade, investment and energy.

The PM appreciated work relating to activation of the Saudi-Pakistan Supreme Coordination Council.

The highest level platform designed to impart strategic direction to the development of Pakistan-Saudi Arabia relations.

He also underlined the importance of timely measures for facilitation of their return to Saudi Arabia.