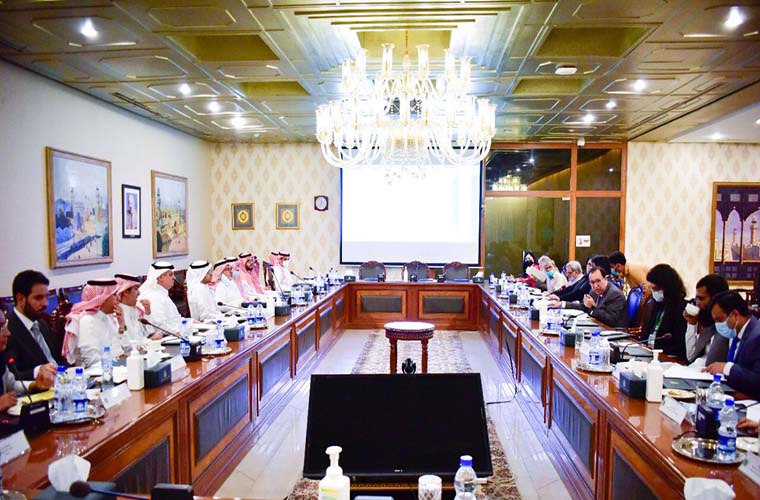 Senior high-level delegations of Pakistan and Saudi Arabia met in Islamabad on Monday.

They discussed bilateral relations, in a run-up to the visit of Minister for Foreign Affairs of the Kingdom of Saudi Arabia Prince Faisal bin Farhan Al Saud.

On his twitter handle, Foreign Office spokesperson Zahid Hafeez Chaudhri, shared the news of the meeting.

He said Ambassador Eid Al-Thaqafi led the Saudi side.

Furthermore, he mentioned Saudi-Pak Supreme Coordination Council as key focus of the meeting.

Both sides established the council as the highest-level platform which provided strategic direction to the bilateral ties.

A delegation comprising senior officials of the Saudi Government is also accompanying the Saudi foreign minister.

The Saudi FM is visiting Pakistan on the invitation of Foreign Minister Makhdoom Shah Mahmood Qureshi.

During the visit, the two foreign ministers will exchange views on the entire gamut of bilateral relations, and regional and international issues.

According to the Foreign Office statement, the Saudi foreign minister will call on other dignitaries as well.